General Hospital viewers will recall that Trina has figured out who Ava Cassadine’s (Maura West) stalkers are – it’s Esme and Spencer! She talked to Cameron and Josslyn Jacks (Eden McCoy) about her suspicions in a recent episode of General Hospital, and although Josslyn seemed a little doubtful, by the end of the conversation Trina had made her case! Trina really cares about her mentor Ava, and absolutely hates that she is so fearful of the stalker that she has felt she had to give Avery Corinthos-Jerome (Ava and Grace Scarola) back to Carly Corinthos (Laura Wright) to keep her safe! Ava has even put Charlie’s Pub up for sale and has made plans to move away, possibly even out of the country! Trina wants to expose Spencer and Esme so that Ava can feel safe! 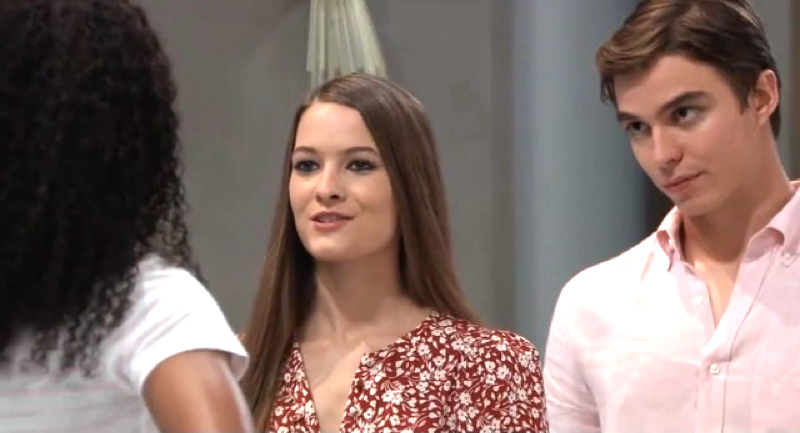 General Hospital viewers will recall that Trina herself was the victim of a trap and a horrible one at that – when Spencer set the sprinkler system at Ava’s gallery to rain down fake blood! It damaged everything and Trina came to her graduation party at The Savoy looking like she’d come from filming a slasher movie! There were lots of expensive art pieces that were ruined in the gallery, and that upset Trina as well. General Hospital viewers will recall that when everything came together in Trina’s mind as to Spencer and Esme being the stalkers, was when she was asking Esme how she knew that Kiki Jerome’s (Hayley Erin) name was Lauren. Spencer and Esme both tried to dance around the question but Trina was not fooled! Plus, Trina knew that the demand of the “stalker” was for Ava and Nikolas Cassadine (Marcus Coloma) to divorce, and she knows that Spencer doesn’t like Ava. Now, she talks to Cameron about setting a foolproof trap to prove to Ava and possibly Nikolas as well that Esme and Spencer are the stalkers! 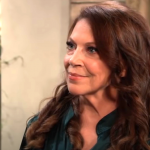 Trina Robinson May Take A Page From Her Father’s Playbook

It is plain for General Hospital viewers to see that Trina has definitely inherited some detective proclivities from her father! Even though Trina only wants Cameron to help her get proof that Spencer and Esme are the stalkers for Ava, their trap may provide usable evidence that leads to an arrest! A leaked General Hospital script from several weeks back indicates Spencer will be arrested and face charges for something, although he is the only one mentioned. It doesn’t indicate that anyone else is charged with him although Esme is guilty of arson and harassment for setting fire to Ava’s car outside the gallery. Trina and Cameron will either have to set up some type of recording device whether it be audio or video to trap Spencer and Esme, or look at security video of their conversations because they are not going to just spill the beans! No matter how they set the conniving couple up, it is something that must be done!