General Hospital (GH) spoilers tease that daytime legend Steve Burton has spent much of his life entertaining fans, on a multiplicity of shows. Did you know he debuted as a screen star all the way back in 1986?

There are probably some fans who weren’t even born then! Burton’s small screen debut was as an FBI agent in The Manhattan Project. Steve also appeared on the sitcom, Out Of This World, from 1987-1991, and today he is best known to the audience for his roles on General Hospital and The Young and The Restless. Now there is another soap for Burton’s fans to get acquainted with, Beyond Salem.

General Hospital fans were treated to Burton as Jason Quartermaine, a promising med student before he had a tragic accident that transformed him into Jason Morgan. 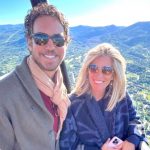 Whereas Jason was sweet and mild-mannered, a head injury left him completely different and he became a mob enforcer for Sonny Corinthos (Maurice Benard). As far as “soap couples” go, Sonny and Jason are right up there in popularity with the show’s other celebrated couple, Luke and Laura (Tony Geary and Genie Francis).

Before the role that made Steve famous, he was on Days of Our Lives. Ironically, his next role after leaving General Hospital in November, will be back on the DOOL spinoff, Beyond Salem.

Steve posted a bit of info about his new role on Instagram. Lo and behold, he is coming back to DOOL as the same character he portrayed all those years ago, Harris Michaels! Beyond Salem will be available on Peacock on July 11. 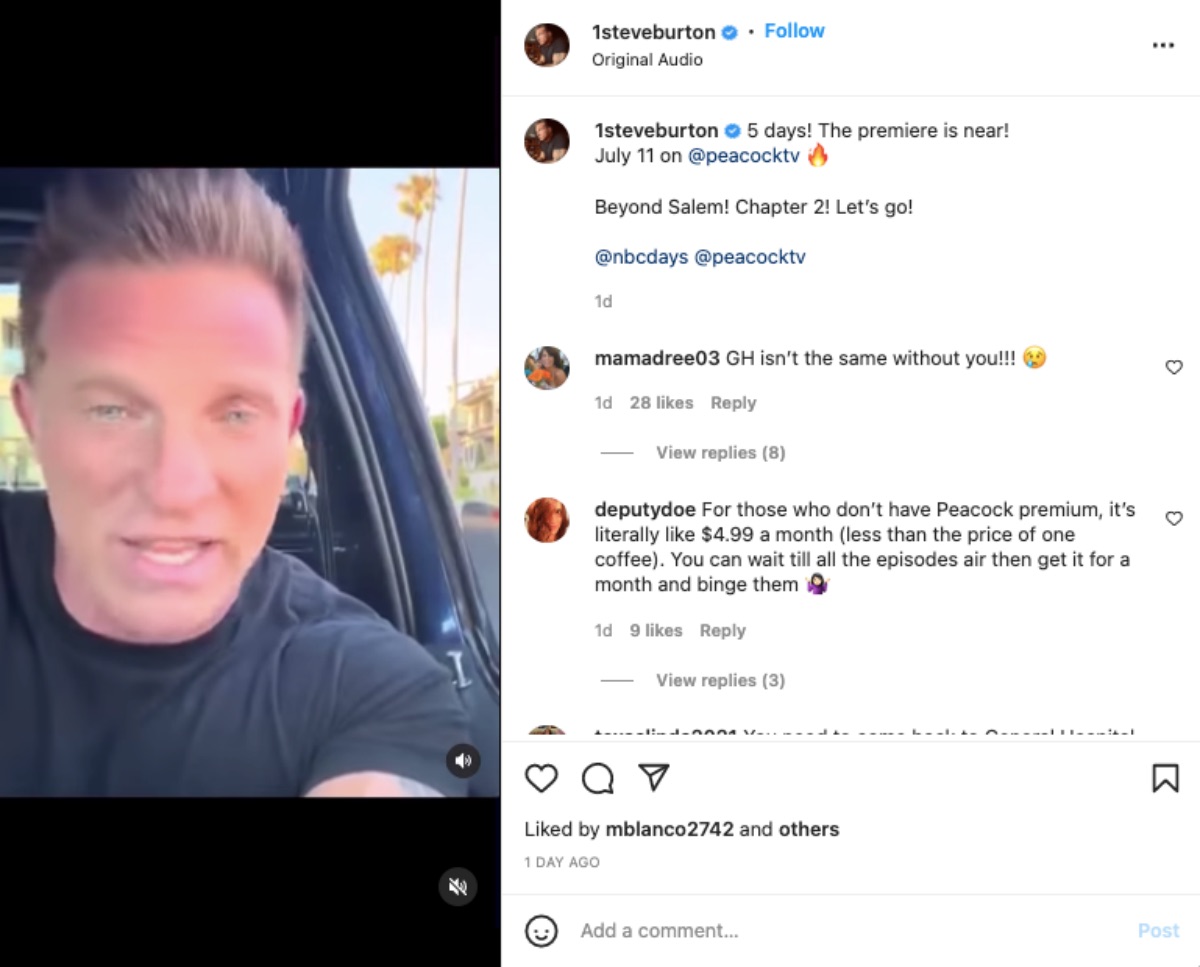 Steve posted: “Did you know Days of Our Lives was my first daytime gig?? Grateful to return as the same character 🤯 in a series called Beyond Salem! Beyond Salem airs July 11 on @peacocktv Let’s GO! Happy July 4th weekend!”

Fans were quick to chat with Steve with one fan posting, “You stood up for what you believed in, congratulations! You are a wonderful example!”

Another fan wrote, “I’m going to start watching! Glad to see you coming back on air- just miss you as Jason on GH!” and one fan said, “I’m happy for you but really miss Jason on my GH! Days is lucky to have you!”