General Hospital viewers will recall that Liesl and Austin tricked Victor, and they acted as a tag team to do so, with Austin threatening Victor with a syringe if he didn’t tell him where his “buddy” Peter August (Wes Ramsey) took Maxie Jones (Kirsten Storms)! Victor didn’t have the information that Austin sought, because General Hospital viewers will remember Maxie went with Peter willingly, and Peter didn’t take the ship that he’d requested from Victor to come to Pier 55! Then Liesl pretended to “save” Victor from Austin, the syringe-wielding maniac, and as Victor flirted with her, she was able to place a bug on him without his even knowing it so she must have done some flirting of her own! Now, Sam, Drew, Austin, and Liesl team up to track Victor via Liesl’s bug, which was a maneuver that even Robert Scorpio (Tristan Rogers) and Anna Devane (Finola Hughes) would be impressed with!

General Hospital viewers will see that Victor is overheard, via the bug, ordering Peter’s death; he tells his henchman Johan (Max Decker) that he wants Peter found, and he wants Peter dead! The only problem is, of course, is that Peter has a passenger and no one wants Maxie in even more danger than she already is – Peter could go berserk and his “love” turn to hate any minute! General Hospital viewers knew Maxie was playing him, but whether her end game was to get him to release Louise Jones (London and Jett Prinzo-Berendt) and then hope to escape is unknown; the baby’s safe but Maxie isn’t. If Peter figures out she’s playing him, she is in great danger – the question is whether Victor’s henchmen would protect Maxie in the process of going after Peter! Sam, Drew, Austin, and Liesl now must decide how to proceed with their plans. 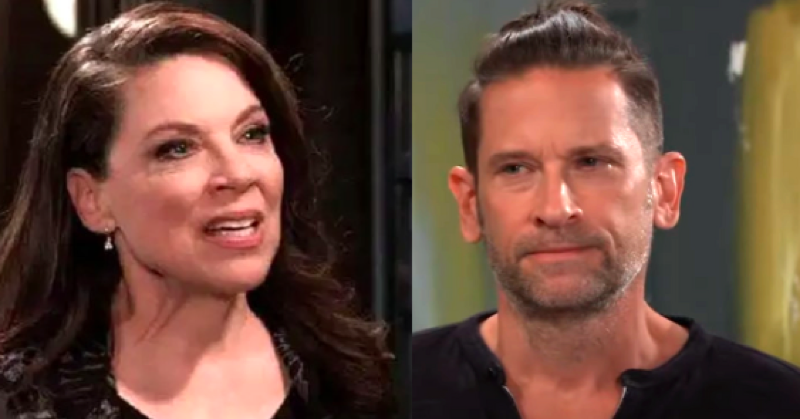 General Hospital viewers will see that the same day Sam, Drew, Austin, and Liesl meet on the pier, Felicia Scorpio, (Kristina Wagner) Laura Collins (Genie Francis), and Anna Devane (Finola Hughes) meet at General Hospital, while Maxie wakes up from a nightmare! It sounds like it all goes down the same day, whether Victor and his henchmen get to Peter first, or whether Sam, Drew, Austin, and Liesl do, the point being Peter’s taken down and Maxie is safe. 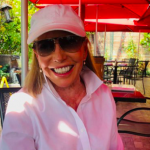 It can be assumed that Sam is ensuring that the PCPD and the WSB are kept apprised of the situation as well, with Victor’s transmissions being relayed to Anna and Dante Falconeri (Dominic Zamprogna). It’s also possible that while Maxie may trick Peter, and somehow get away from him, he could still be on the loose a few more days till his final takedown, which may be fatal!