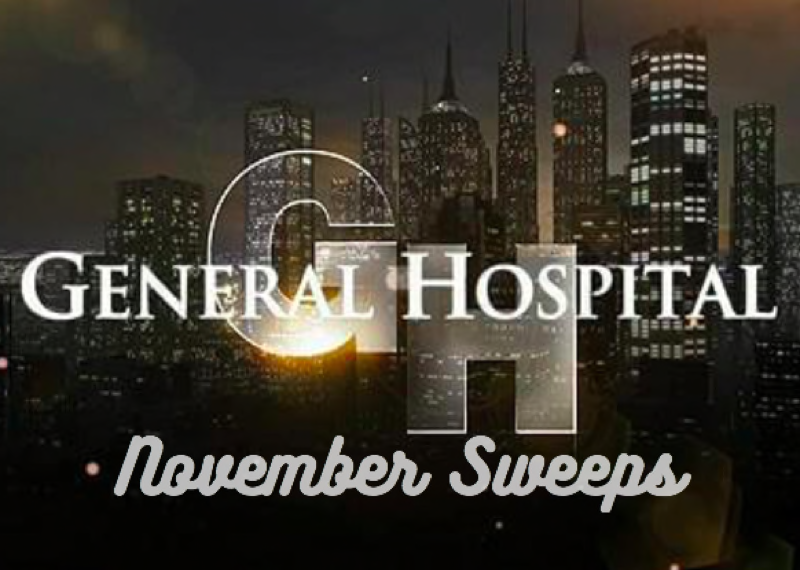 General Hospital spoilers and updates tease that secrets will be revealed and mysteries will unfold for November sweeps. Some old mysteries will be solved, but some new ones will need solving.

Team Anna Devane (Finola Hughes) will rally around her to prove she didn’t shoot and kill Lucy Coe, (Lynn Herring) although the mystery of where she is doesn’t seem resolved. But everyone knows murder is difficult to prove with no body and no remains found, so all they have is circumstantial evidence and a setup. The Scorpio trio will step up, with Felicia Scorpio, (Kristina Wagner) Mac Scorpio (John J. York), and Robert Scorpio (Tristan Rogers) all at the ready.

Victor Cassadine (Charles Shaughnessy) may have thought he’d solved a problem by sending Valentin Cassadine (James Patrick Stuart) away to visit Charlotte Cassadine (Amelie McLain). But he’ll need to grow a Snidely Whiplash mustache to twirl so he can say, “Curses, foiled again!” when it looks like Laura Collins (Genie Francis) might show up.

General Hospital Updates – Holly Sutton-Is She, Or Isn’t She?

There will be more questions than answers about the mysteriously reappearing Holly Sutton (Emma Samms). Robert will be smitten all over again, but she may not be on his and Anna’s side, after all, she may even be on Victor’s, possibly brainwashed and programmed. There was that little issue of putting his phone on do not disturb and then lying about trying to call Ethan Sutton (Nathan Parsons). The mysterious questions about Holly should be revealed by the time November ends since Emma Samms’ return arc was only for about a month to six weeks. She’s alive, but questions remain if she’s brainwashed, or if maybe she’s not the real Holly at all.

As for the newly returned Carly Corinthos-soon to be Carly Spencer (Laura Wright) and Drew Cain (Cameron Mathison) they may be one step forward and two steps back with their romance. That could be because of Nina Reeves (Cynthia Watros) catching Carly in a compromising situation, which may have to do with Willow Tait (Katelyn MacMullen). Willow’s leukemia appears to have spread and she may need a bone marrow or another organ or partial organ donation from a blood relative.

The only secret Carly hasn’t opened up to Drew about is a big one; she’d promised she’d tell Willow and Nina if they were a match after he helped her. Drew had gotten Willow’s toothbrush from the Quartermaine gatehouse for a DNA test, but then she had promised Harmony Miller (Inga Cadranel) on her deathbed she’d keep the secret.

Of course, Carly’s not the only one keeping secrets-Willow’s keeping her leukemia secret from even Michael Corinthos (Chad Duell) who is keeping his own secrets. It looks like Willow will have to tell Michael, but he will be so involved with his revenge plan against Sonny Corinthos (Maurice Benard) he won’t notice how ill she is. He may find out in a shocking scenario of Willow needs emergency bone marrow or another organ donation which should shake him up and out of his revenge dreams temporarily.

Sonny will also step up to help Anna, and he’ll give Dex Heller (Evan Hofer) an important task in regard to that. He already threatened Victor with taking him down, although Victor didn’t take him even halfway seriously. It’s possible that he might give Dex his first hit job taking out Victor.

However, that might be biting off more than he can chew because Dex could report back to Michael. That could give Michael and Dex the upper hand over Sonny.

There will be more Cassadine chaos to come as Nikolas Cassadine (Marcus Coloma) struggles to keep Esmé Prince (Avery Kristen Pohl) locked up in the north tower of Wyndemere. Victor has threatened to move in to keep Nikolas under his thumb, but he threatened him right back, citing what happened to Helena Cassadine (Constance Towers). Nikolas is trying to hang onto his wife Ava Cassadine (Maura West) but Victor will continue to interfere and cause problems. Victor could force his way into the castle and find Nikolas’ pregnant prisoner and tell Ava. Ava may hate Esmé but even she won’t think that’s cool.

Trina Robinson (Tabyana Ali) will be forced to make a choice even if only in her heart, after spending the night with Rory Cabrera (Michael Blake Kruse). Rory got on the bed with her and started making out, but all she could do was fantasize he was Spencer Cassadine (Nicholas Chavez). Spencer still has a little time to go before he could be paroled from Pentonville, but in the meantime, Trina will have to make some decisions.

Who does she want, the cop Cabrera or the sometimes cocky Cassadine? Spencer’s time behind bars has humbled him a bit. 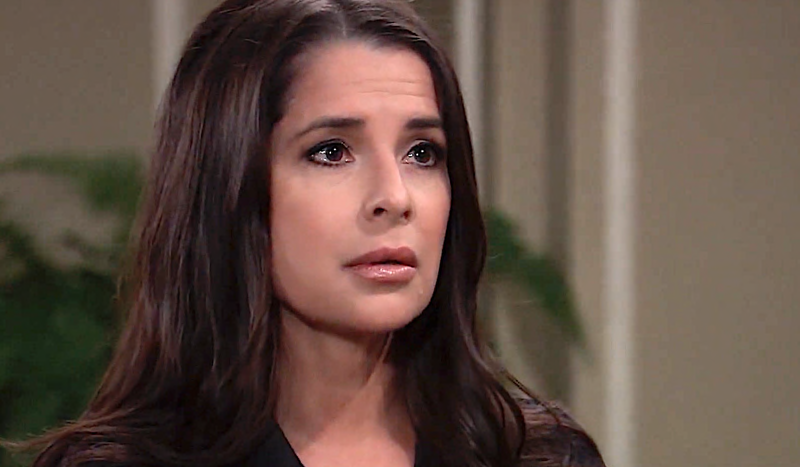 General Hospital Spoilers – Digging Into The Past

Sam McCall (Kelly Monaco) will do some more digging into Cody Bell’s (Josh Kelly) past and tries tracing the diamond and ruby studded necklace left to Britt Westbourne (Kelly Thiebaud). As Sam finds more information about Cody, however, she’ll also dig up some unexpected things about Dante Falconeri (Dominic Zamprogna). She’ll find out Dante was somewhat selective in telling her his history, and Britt’s history will come back to haunt her with Cody as well. Who knows where Peter August (Wes Ramsey) got that necklace and who it really belongs to?

There will be more couple conundrums as Harrison Chase (Josh Swickard) and Brook Lynn Quartermaine (Amanda Setton) navigate their new romance. They’ll have different goals for his next chapter, her wanting him a rock star and him wanting to be a cop. Mason Gatlin (Nathanael Grey) will continue to complicate Austin Gatlin-Holt’s (Roger Howarth) and Maxie Jones’s (Kirsten Storms) relationship, backing Austin into a corner as he does.

Meanwhile, Josslyn Jack’s (Eden McCoy) and Cameron Webber’s (William Lipton) romance may crumble as they outgrow each other. Then, there are Josslyn’s increasing feelings and attractions towards Dex that will be problematic as well.

There will be more relationship rigors and rough patches as Sasha Gilmore (Sofia Mattsson) adjusts to Gladys Corbin (Bonnie Burroughs) being her guardian. Portia Robinson (Brook Kerr) and Curtis Ashford (Donnell Turner) will also go through a rough patch as Jordan Ashford (Tanisha Harper) struggles to keep Trina’s paternity secret. Elizabeth Baldwin (Rebecca Herbst) learns the truths of her past from Jeff and Carolyn Webber (William R. Moses, Denise Crosby) in Monterey. She’ll return with a secret that could blow up both her and Hamilton Finn’s (Michael Easton) worlds, with Reiko Finn (Mele Ihara) being a big part of it. 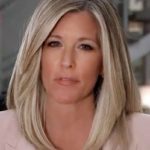 Two criminals return to the Port Charles scene as “The Hook” claims yet another victim, with Alexis Davis (Nancy Lee Grahn) continuing to tread dangerously. Alexis continues her “Jack The Ripper” operation, baiting the Hook in print to reveal something about herself through letters to the editor. In the meantime, even though she was in the hospital recently talking to Gregory Chase (Gregory Harrison) she didn’t see the latest patient.

A recast Heather Webber, played by Alley Mills, made quite the entrance in an orange jumpsuit and chains, scaring the bejesus out of Olivia Quartermaine (Lisa LoCicero). It sounds like it’ll take a lot more than a Kelly’s BLT sandwich to keep Heather happy this time.