General Hospital (GH) spoilers and updates tease that Nina Reeves (Cynthia Watros) scrambles to get Maxie Jones (Kirsten Storms) out of Nixon Falls before she discovers her secret. Maxie arrived at The Tan-O unexpectedly and it caught Nina off guard. She needs to find a way to make her leave before she bumps with Sonny Corinthos (Maurice Benard).

In upcoming scenes, Maxie will try to convince Nina to invite her in and she’ll praise the “retro chick” charm of the place. She’ll finally understand why Nina loves the place. But of course, she’ll also be intrigued about Nina’s new man. Nina panics especially since Maxie wants to meet the mysterious “Mike.”

Fans know that Nina has no plans of letting Maxie meet Mike and that she’ll do everything to keep her from knowing that Sonny is alive. She may argue that they’re not ready to accept visitors at the moment since Lenny Caulfield (Rif Hutton) recently passed away.

However, Maxie may think that Nina is acting weird. Will Maxie discover Nina’s secret?

Aside from Maxie, Nina also has to deal with another familiar face. The unwelcome arrival of that person will make things more complicated for her. The unexpected visitor in Nixon Falls may be Ava Jerome (Maura West) since she just decided to leave Port Charles. Is Ava going to Nixon falls? Will she find out that the new guy in Nina’s life is actually Carly Corinthos’ (Laura Wright) supposedly dead husband? 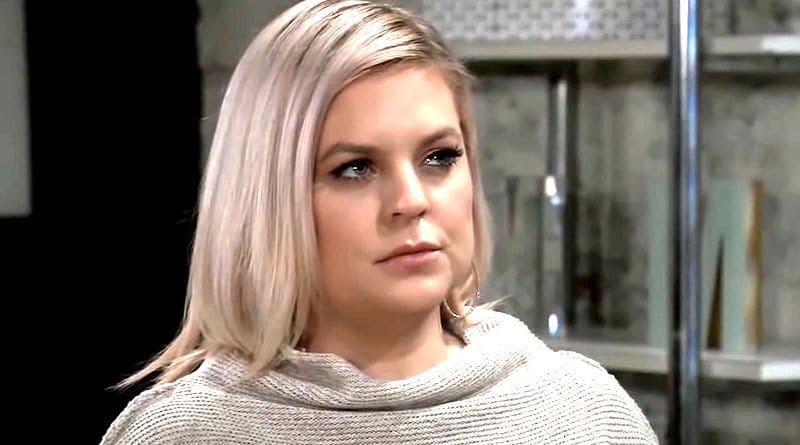 Elsewhere, Brook Lynn Quartermaine (Amanda Setton) will interrogate Chase (Josh Swickard) as to the reason why he’s keeping his recovery a secret and what he’s doing with the document. Chase may fill Brook Lynn in about Austin’s plan. Will he tell her that the document he’s holding is proof that Edward Quartermaine (John Ingle) wanted to change his will? 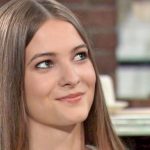 Meanwhile, Olivia Quartermaine (Lisa LoCicero) will ask Dante Falconeri (Dominic Zamprogna) for updates about his relationship with Sam McCall (Kelly Monaco). She wants to see him move on and be happy. So she’ll ask about his budding romance with Sam.

As for Sam, she’s more concerned about the recent call she received, which seemed to have been made by Drew Cain. She’s starting to believe that he survived the plane crash. How will this affect her relationship with Dante?