General Hospital (GH) Spoilers: Maxie And Britt Plot To Get Rid Of Peter

General Hospital Spoilers – Peter August Has To Stay Away

General Hospital viewers will recall that Peter has been warned to stay away from Maxie numerous times since she kicked him to the curb after waking up to who he really is. She gave away all his belongings, and even managed to change the locks on her apartment. But there has to be a plan to handle Peter and make sure he stays away from her, and she cannot always stay locked up in her apartment! With all the law enforcement in her family, her birth father the head of the WSB, her stepfather the Port Charles Chief of Detectives and her step-uncle the District Attorney she should realize on her own that there is such a thing as a restraining order!

If she was to file a restraining order against Peter and he violated it, he’d be off to jail in a heartbeat! Indeed, Maxie and Britt may discuss that very thing in their plan to handle Peter, but there is the fact that he is the father of Maxie’s baby. That is kind of a sticking point that both women realize has to be taken into account. Should Peter have any parental rights at all where the baby is concerned, or should he be totally banned from both Maxie and their baby’s life? Britt suggests that perhaps the baby is the key to keeping Peter away – at least for now. Britt is an obstetrician and Maxie is a pregnant woman. She’s already supposed to avoid stress because of the Braxton-Hicks contractions that came on at her would-be wedding. Perhaps there is more that Britt can do!

Maxie may not be totally on board with this idea, but Britt could, as an obstetrician, produce compelling reasons for Maxie to be hospitalized and on bed rest the rest of her term until the baby is born. This way she could also coordinate with Mac Scorpio (John J. York) for Maxie to have police guards to keep Peter away. Britt may have to fudge a few things like put in her notes symptoms of preeclampsia, a pregnancy complication. It is characterized by high blood pressure and signs of damage to another organ system, most often the liver and kidneys. 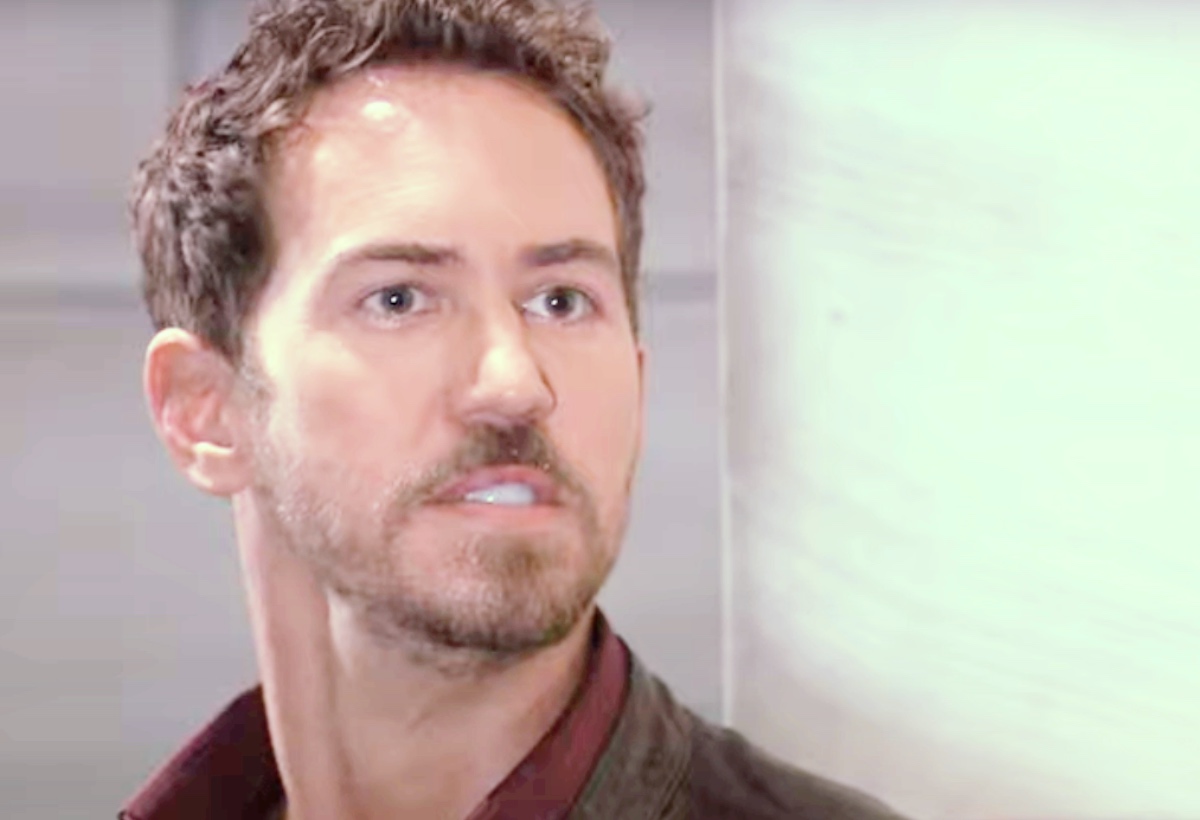 Preeclampsia usually begins after 20 weeks of pregnancy in women whose blood pressure had been normal. Britt would have to fudge the signs of damage to another organ system, most likely. However, Maxie’s blood pressure had shot up considerably at her would-be wedding, in addition to the Braxton-Hicks contractions, which is why she was hospitalized overnight for observation then. Luckily, it went back down because if it had not, it actually could have been preeclampsia. Britt could probably make a good case for keeping Peter away, because when a woman is pregnant there are no medications that can be taken for high blood pressure.

Maxie isn’t wild about being hospitalized with police guards at her door until her baby is born, but for now, it will keep her safe and Peter handled as far as trying to get to her and the baby. He’d already disregarded her health when he wanted her to just run away with him, and Britt reminds her of that!