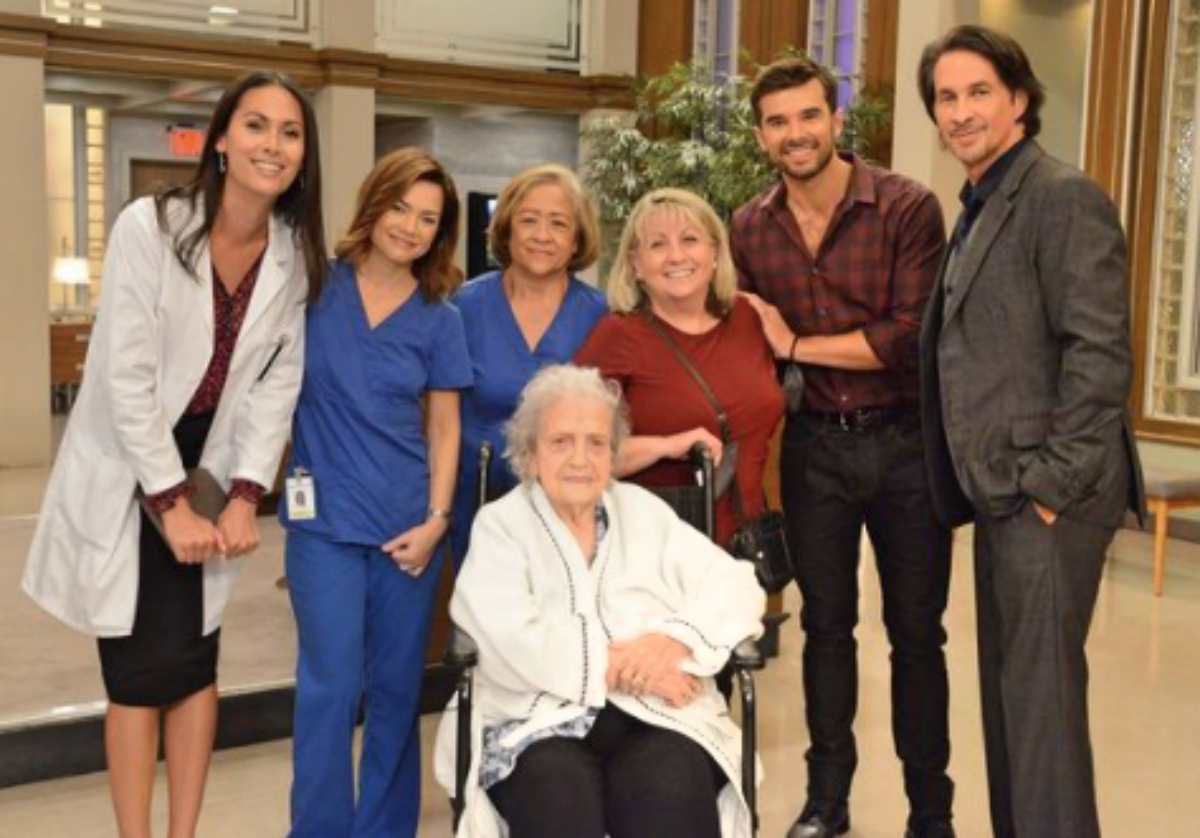 General Hospital (GH) spoilers indicate that on September 27th, Felicia Tabbi, a lifelong GH fan from California will celebrate her 99th birthday by appearing on the show. Felicia has watch General Hospital since 1963.

General Hospital Spoilers: How Did This Honor Come About?

The General Hospital fan’s daughter Cheryl Tabbi set this in motion by reaching out to the show. Cheryl appears as well along with her mother’s health aid, Aida Serrano. Cheryl posted on an app called Nextdoor to see if her mother might get a small part in the show and with 140 people offering to help, the next thing she knew they were on the show. 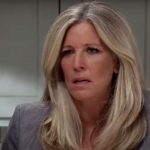 Cheryl says she knew it was a long shot but one day General Hospital executive producer, Frank Valentini called her on her cell phone as she was walking out of the bank. Cheryl was so shocked by Frank’s call that she sit on the curb and wondered if this was real. Frank asked if Felicia would like to appear on the show. Cheryl says she doesn’t think her mom quite got the grasp on what was happening since she asked what they wanted her to do on the show.

The General Hospital’s extras were greeted by Frank Valentini on the day of taping. Cheryl reveals that they were also greeted by Michael Easton (Hamilton Finn), Josh Swickard (Harrison Chase), and Rebecca Herbst (Liz Baldwin) as well as, Cassandra James (Terry Randolph). Cheryl says people wanted to take pictures with her mom which was thrilling. Cheryl says her mom was shocked but she just told her she’s a movie star now.

Cheryl says as much as they enjoyed the experience their day at General Hospital went very fast. Cheryl states that everyone was so nice and embraced them. Cheryl is so grateful that her mother got to have this experience. Not everyone gets a chance to appear on their favorite show at any age, especially at 99 years old. Cheryl says that they are having a viewing party at the local outdoor wine bar. Cheryl is thrilled that Frank took the chance to allow them to be on the show and to let her mother mingle with some of the people she has watched for years. The Tabbi family could not be more thrilled with their General Hospital experience.

General Hospital executive made this lifelong fan’s day by inviting her to be on the show. This is certainly an experience that Felicia will remember for the rest of her life.