General Hospital (GH) spoilers, news, and updates tease that is saying goodbye to a place that she holds close to her heart. The actress took to social media to share the news.

In an Instagram post, the actress posted a photo of her with her sons, Peter and Harrison. In the caption, Wagner said goodbye to the Wagner Ranch, a place that they’ve had for 25 years.

“The prickly beauty of the high desert and a landscape surrounded by national forests always reminded us that there is peace when you are willing to look for it,” she wrote in her bittersweet farewell.

“Oh ranch, it’s time to part. We’ll miss you so much with our heartwarming memories.” She continued.

The actress may be sad about parting with the place she and her sons have grown to love, but Wagner still remained optimistic. She reminded herself that there were many opportunities up ahead.

Spoilers hint that Carly will get some rest and relaxation with some yoga before the upcoming visitation hearing. But her plan will be derailed thanks to Britt Westbourne (Kelly Thiebaud).

The latter will throw her support behind Nina Reeves (Cynthia Watros) as she fights for visitation rights with Wiley Quartermaine-Corinthos (Viron Weaver). She thinks there should be a different solution. But Carly thinks otherwise and insists that it’ll be the judge’s decision in the end.

As for Sonny Corinthos (Maurice Benard), he will take the stand in favor of Nina. When that happens, Dante Falconeri (Dominic Zamprogna) will be concerned that Sonny’s actions will make Michael more furious. Dante may try to convince Sonny to rethink his actions before publicly declaring his support for Nina. 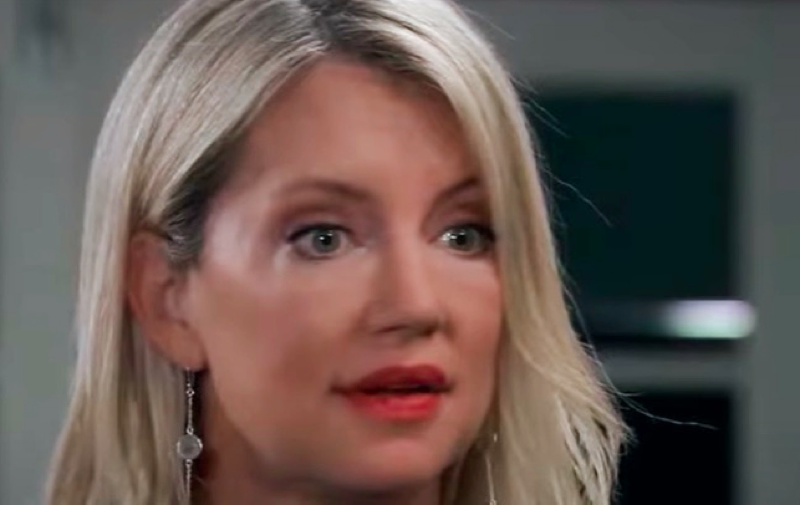 Back with Britt, fans may recall that she was blackmailed into pushing Brad to get involved with the mob. She’ll put Brad Cooper (Parry Shen) in a grilling session. She’ll ask him about his connection to the mob world. 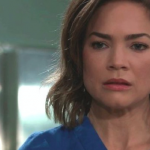 She’ll question him about his job with Selina Wu (Lydia Look). Brad is doing his best. He’ll try to be careful, especially since he already knows how scary Selina can be when she’s mad. Britt’s protective of Brad. However, she also wants to make sure that she’s safe.