As Laura Collins, (Genie Francis), her oldest son Cameron Webber, (William Lipton) Hamilton Finn (Michael Easton), and Dr. Kevin Collins (Jon Lindstrom) support her, Elizabeth opts for hypnotic therapy. Laura is a big help to Elizabeth because she went through something similar, only worse; she went into a catatonic state for six years. Not long after she killed David Hamilton (Jerry Ayres) she killed Rick Webber’s (Chris Robinson) mistress, Theresa Carter (Alicia Arden) in their attic as a teenager and blocked out the memory.

Laura convinces Elizabeth to be hypnotized to bring up what might be triggering her bizarre behavior and nightmares. Kevin thinks the specter that woke her up in her nightmare telling her not to forget him could be caused by repressed traumatic memories.

General Hospital Updates – Better To Know The Cause Now Than Later

Laura convinces Elizabeth if the traumatic incident or incidents are brought up to the surface in hypnotic therapy it’s better than if they were to surface on their own. That is what happened to her when she remembered killing Theresa and she couldn’t handle it – it handled her, and she doesn’t want Elizabeth to be affected like that! Kevin cautions her that if repressed memories come up they may be garbled – like she may remember a person harming her but it may have not been that person. Sometimes the mind substitutes someone safer than the actual perpetrator – that is how many good fathers were convicted of child rape years later when they were actually innocent. The parent is substituted in the memory because they were unable or unwilling to protect the child, or sometimes the child is not believed! 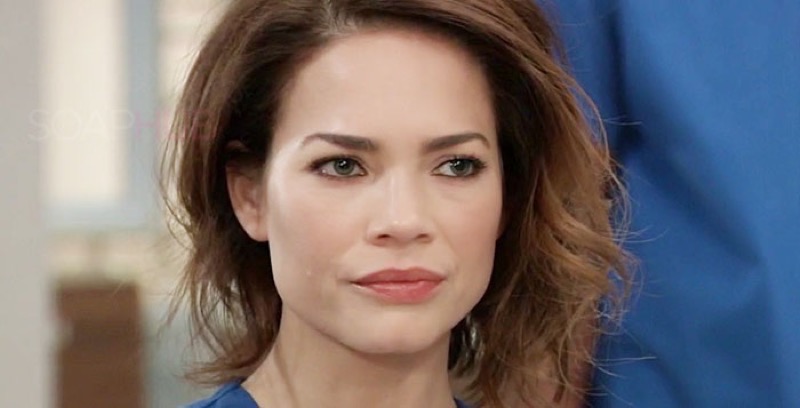 Kevin asks if Elizabeth wants anyone in the room with them when he puts her under hypnosis or not; things may come up she doesn’t want Cameron to hear. Laura, Finn, and Cameron all offer to be in the room if she wants, or leave if she doesn’t, and she asks Laura to stay, with Finn to stay with Cam. Finn and Cameron are okay with that and Kevin tells them all that the session is being videotaped.

Kevin decided to videotape so Elizabeth could see for herself what happened and what she remembered if anything and Elizabeth agreed it was a good idea. Kevin starts the camera and begins the session.

Elizabeth does remember something – she remembers as a pre-teenager around twelve, an angry argument with her father, Jeff Webber (last played by Richard Dean Anderson). Longtime viewers will remember Elizabeth came to Port Charles to live with Audrey Baldwin (Rachel Ames) around sixteen with her sister following afterward. “Lizzie” as she was sometimes called then was a rebellious spitfire, and rather much a flirt – she was raped not long after she came. 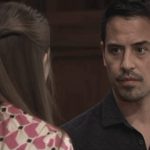 The memory she brings up is one of trying to tell Jeff that there was an earlier rape – at twelve, and he wouldn’t believe her! Kevin stops and brings her back letting her decide if she wants to remember the earlier rape, but what she has remembered explains a lot!