General Hospital former star Ingo Rademacher, who has played Jasper Jax on and off since 1996 is suing ABC over the vaccine mandate that cost him his job. Rademacher’s last airdate was November 22. Steve Burton, who played Jason Morgan, also lost his job as well.

General Hospital executive and Disney, their parent company, implemented a vaccine mandate effective November 1, 2021. When this mandate went into affect any members of the cast and crew that were unvaccinated were terminated. The mandate was put into place to protect everyone involved in the production of the ABC soap. However, both Rademacher and Burton refused to comply.

Burton later revealed that he has applied for both religious and medical exemptions to the rule. However, Burton’s requests were denied and both actors lost their jobs. Variety is now reporting that Rademacher has chosen to sue ABC claiming that the COVID vaccine mandate is unconstitutional and amounts to religious discrimination. Rademacher had applied for a religious exemption and was denied just like Burton. However, one must not that there are hospitals that are willing to accept religious exemptions for the vaccine mandate. 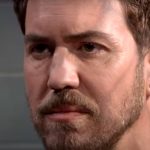 On October 11 the General Hospital actor wrote the following to the Disney Human Resource Department, “I am entitled to a religious exemption against mandatory vaccination for COVID-19 on the basis of my deeply and sincerely held moral belief that my body is endowed by my creator with natural processes to protect me and that its natural integrity cannot ethically be violated by the administration of artificially created copies of genetic material, foreign to nature and experimental.”

General Hospital’s Rademacher not only claims that his religious rights were violated but also his right to privacy as well. Rademacher is represented by John W. Howard, who has filed several lawsuits challenging vaccine mandates, and Robert F. Kennedy Jr. While Rademacher is trying to right what he considers a wrong accusing corporations of only implementing vaccine mandates to please the Biden Administration, Jasper Jacks will be putting out fires in Australia. It seems that both Jasper and Ingo are “kind of on the outs right now” whether it be with Port Charles or Disney. 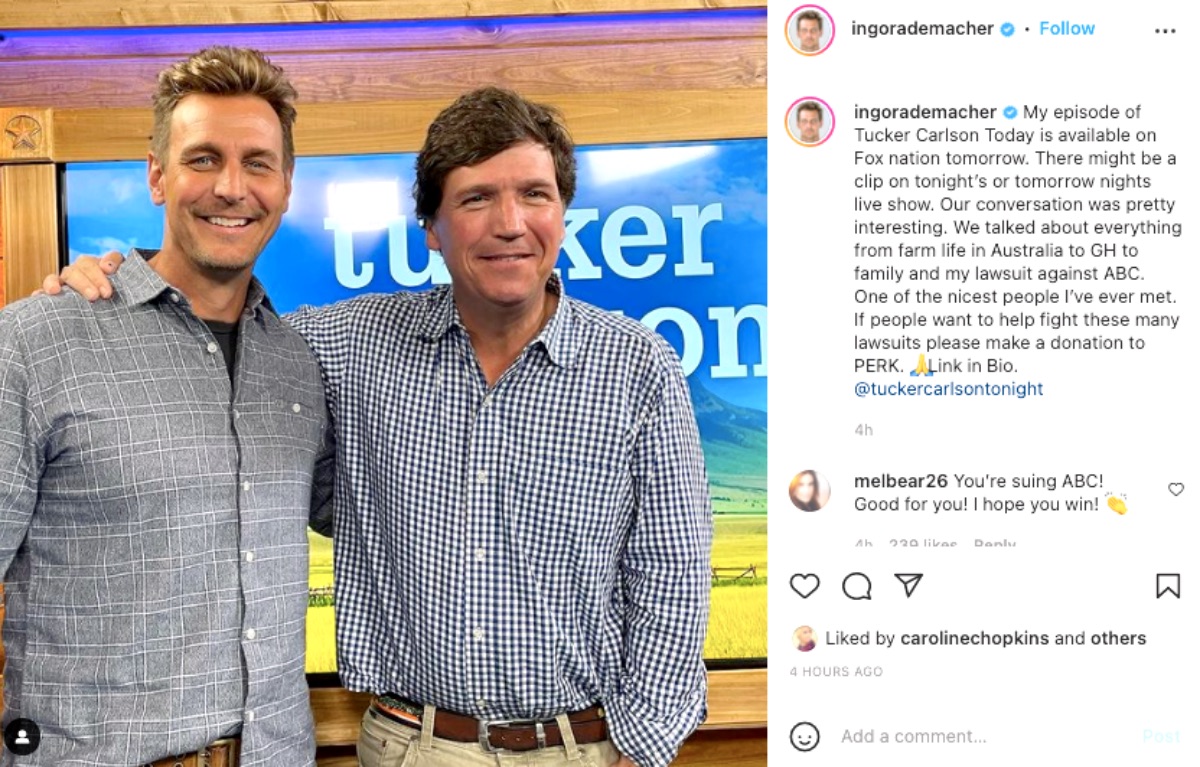 Would Rademacher come back to General Hospital if his lawsuit is a success or will Jax suddenly die in a plane crash coming back to Port Charles? Rademacher, who claims this should not be political had to throw in that Biden was at fault for the mandates. However, most know that Rademacher is a very vocal Trump supporter. Is taking stabs at the Biden administration going to get him anywhere? Is Ingo lawsuit simply to prove a point? Meanwhile, to possibly complicate his cause, Newsbreak.com is reporting that California is ordering a statewide inside mask mandate beginning Wednesday. Rademacher suit may have just gotten a little more difficult.