General Hospital (GH) spoilers reveal that Cynthia Watros, who portrays Port Charles magazine honcho Nina Reeves, has a side gig she wants to share with you.

The Daytime Emmy Award winning actress is a yoga teacher and she is inviting fans to join her upcoming online classes.

If you’ve checked out her social media you know she is enthusiastic about the ways in which breathing and stretching—hallmarks of yoga–can help to prepare and heal the mind and body.

Now the actress is taking her practice to another level. This week Watros let fans in on one of her favorite yoga places. It seems the location could use some help and she is all in. On Instagram, she posted a photo of Pasadena-based Yoga House, which is located at 11 West State Street. 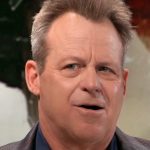 She wrote, “Yoga House is a small business in Pasadena that has been around since 1997 dedicated to bringing the community together through yoga and meditation. They need our support right now, so please check them out and join the class that I am teaching over zoom.”

If you are interested, Watros will be teaching the class the next two Saturdays (March 13 and March 20) from 9 am to 10 am, and she notes the class is suitable “for yogis of all levels.”

She added, “In these trying times, finding peace within ourselves and keeping a clear mind has never been more difficult. That is why it is so important that we support each other and see the light in each other.”

Anyone interested in signing up for the class can check out her Instagram. Apparently Watros has been studying yoga for more than two decades.

According to her, “After receiving over 500 hours of advance teacher training, my goal is to make yoga accessible to everyone in our community.”

Watros’s GH character, Nina Reeves could use some stress reduction education right about now. She has learned that her daughter is no longer alive and was psycho beotch Nelle Benson (Chloe Lanier).

The one silver lining is that Nelle’s son Wiley is in Port Charles and Nina is looking forward to having a relationship with him. But first she has to learn to rein in her temptation to tell him all about his evil, dead mom.