General Hospital (GH) spoilers and updates tease that Eden McCoy has a wild imagination away from the set of the Port Charles, New York-based soap opera. She keeps fans updated on her activities away from taping and her latest Insta post is full of fun and maybe Halloween inspired?

“Well it IS the 20’s..,” she captioned a series of pics of her dressed in a fabulous look straight out of the Roaring ’20s, as in last century. Eden poses playfully on her bed and with a similarly dressed friend, in a black dress, black gloves, and a huge white feather fan. It’s a look that her GH character might get into, being the stepdaughter of Sonny Corinthos (Maurice Benard) the town’s resident mob boss.

General Hospital Updates – What Did Eden McCoy Dress As For Halloween?

Eden’s character Josslyn Jacks is not only caught between her non-mobster dad Jasper Jacks (Ingo Rademacher) and Sonny, she is in the middle of the lively Port Chuck teen scene. 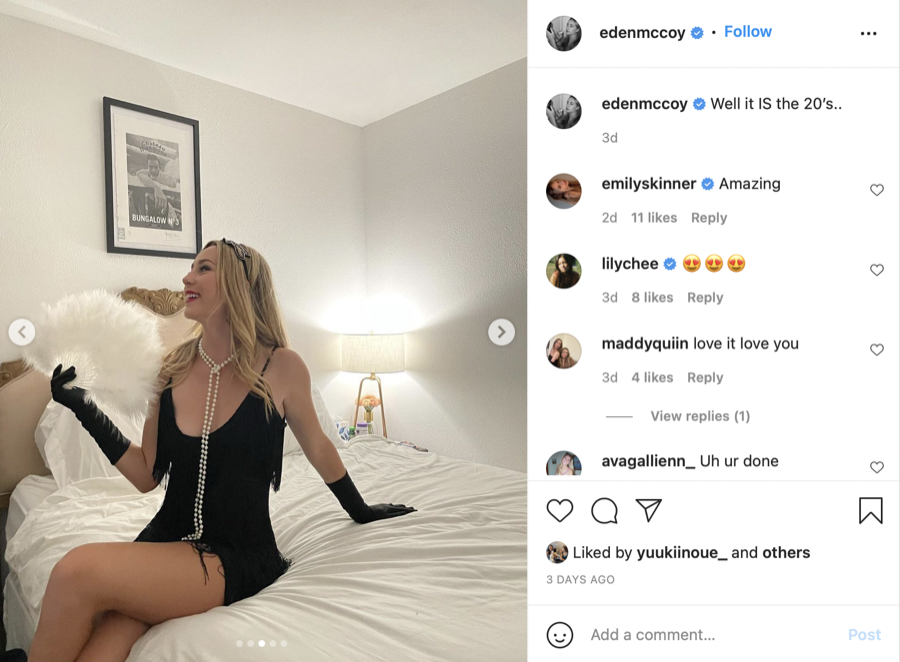 By far Esme is the vixen to keep an eye on in this storyline. She is mean as a hornet and full of mystery as to how she got that way. Could she be the daughter of serial killer Ryan Chamberlain (Jon Lindstrom)? Some fans are convinced this is the case, given her fascination with the psycho serial killer. She now has an internship at the facility he’s housed at and making what amounts to googly eyes at him. Something has piqued her interest in the meanie, but it could be that she just sees him as a hero figure? 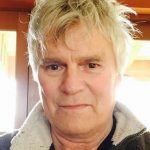 After all, she set fire to Ava Jerome’s (Maura West) car and has shown no remorse. Does Ryan also loathe Ava, is Esme simply following his bidding?

In the coming days, Esme will play with Josslyn’s head, sending her into a cycle of self-doubt about Cam. Will she succeed in breaking up these young lovers before they have a chance to blossom?