General Hospital (GH) spoilers and updates tease that almost everyone is wondering which lucky woman will catch Dr. Austin Holt’s (Roger Howarth’s) eye, with many people just assuming he’s going to eventually end up with Liz Weber (Rebecca Herbst). But General Hospital may be going for a shock here.

And while we probably won’t find out for quite a while, the possibility that Austin may be gay seems to be at least a possibility. Austin mentioned to Carly Corinthos (Laura Wright) that he will be working quite closely with Dr. Lucas Jones (Matt Trudeau). Lucas hasn’t been seen much ever since his divorce from Brad Cooper (Perry Shen). That’s not really a shock because he’s had to deal with not only losing Brad but also the Sun that he thought he and Brad had adopted.

If Austin is gay, it will be jarring for the audience most likely, since Austin is actually the third guy that Roger Howarth has played on General Hospital within the last several years. And it’s certainly a fact that neither Todd Manning nor Franco Baldwin was gay. And this might be exactly the reason why they needed to kill off Franco but keep Roger Howard’s around. Viewers would never accept Franco suddenly being interested in Lucas. But Austin is a completely different character at least had several weeks between Franco’s death and Austin’s arrival so that should give viewers a small bit of a clean slate. 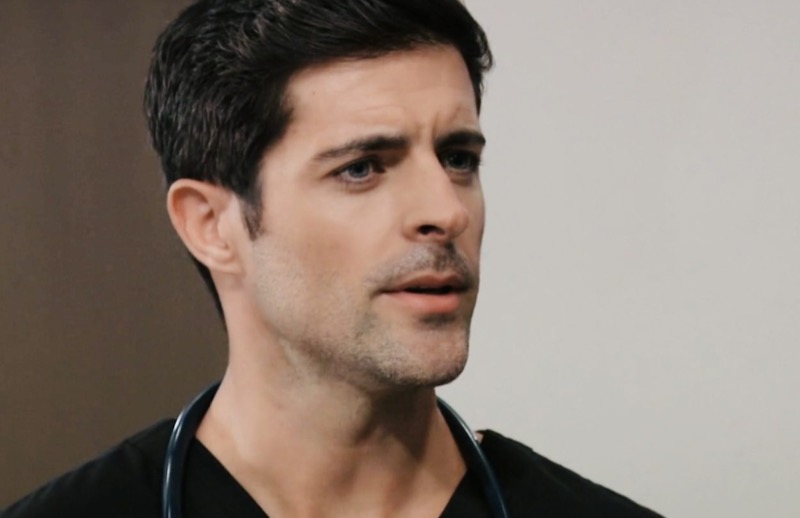 After the traumas but Lucas has gone through in the past year he just needs to have some fun. And it would be interesting to see Lucas and Austin trying to hide their feelings for each other at work but everyone else is picking up on it. And then once they finally admit that they’re attracted to each other then the real fun can begin.

Could General Hospital be planning a Whopper of the surprise regarding Dr. Austin Holt? Could the newest Quartermaine actually be gay? Well, he finds himself attracted to Lucas Jones who certainly could use the attention? I will Austin end up with someone more familiar like Elizabeth or Carly? Sometimes the biggest shocks come right out of left field there in Port Charles so stay tuned to General Hospital airing weekdays on ABC. And don’t forget to check back right here regularly for all your General Hospital news, information, and spoilers!