General Hospital (GH) spoilers and updates tease that Austin Gatlin Holt (Roger Howarth) will have subconsciously remembered more than Brook Lynn Quartermaine (Amanda Setton) and Maxie Jones (Kirsten Storms) bargained for on the night he delivered Maxie’s baby in the woods near Pautuck, New York. He’ll confront the two in an upcoming episode of General Hospital!

Austin had also mentioned a recurring dream where he had heard two women talking in the woods, which fits Brook Lynn arriving to pick up Louise from Maxie. General Hospital viewers will recall that Fake Chloe Jennings (Kimberly J. Brown) had knocked him out as she chased Maxie and fell to her death in a covered-over old mine shaft or well! Austin has mentioned other little things which in themselves may seem just to be random thoughts, but Maxie, Brook Lynn, or both know that they are subconscious memories from that night! 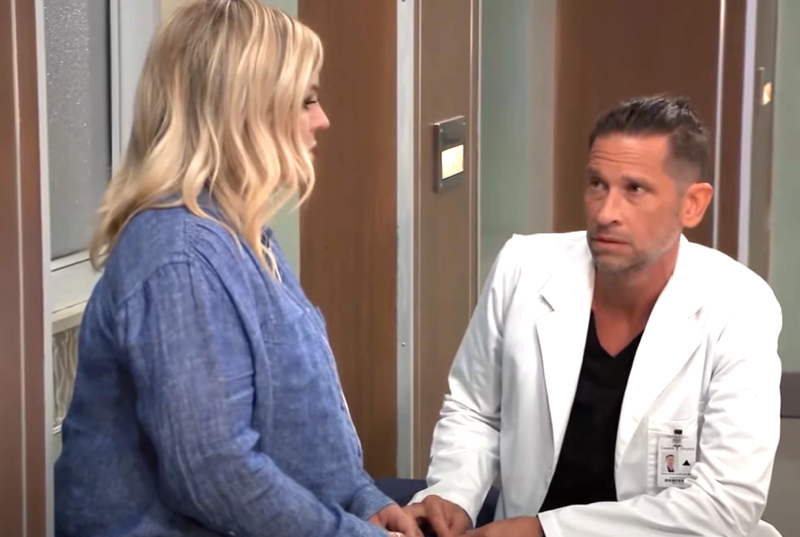 General Hospital viewers have noticed Austin getting more pieces to the puzzle as time has gone on, and it’s probably not a real good idea for Maxie to be spending as much time with him as she is doing. Now, thanks to Brook Lynn’s machinations Austin is on suspension at General Hospital, and that really makes Maxie much more sympathetic towards him and secretly angry at Brook Lynn! Austin helped her in her time of need and he needs a friend more than ever now, and she’s determined to be that for him. During this next week of October 18, Maxie and Brook Lynn will become even more worried about what Austin might be remembering, even though he had appeared to be out cold that night. Peter August (Wes Ramsey) is still on the loose and determined to find Maxie and Louise and kidnap them off to parts unknown, so they have to continue the baby ruse to keep Louise aka Bailey safe! Austin may actually know more than he admits, and since Brook Lynn has forced the issue by getting him suspended at GH for violating HIPAA laws, he might decide he needs a piece of the ELQ pie and has just the leverage he needs to get it! 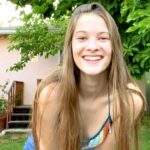 Austin Gatlin-Holt Gets In Touch With His Inner Quartermaine

General Hospital viewers won’t be surprised at all to see kindly country doctor Austin getting in touch with his inner Quartermaine! He just might even out-Tracy Tracy Quartermaine (Jane Elliot) to her granddaughter as he pulls a power play no one would have believed he’d be capable of! First, General Hospital viewers know he will be much more sympathetic to the reasons behind the baby scam as far as Maxie’s part of it. He knows her baby daddy is a dangerous creep, and she feels she has no choice but to hide their baby in plain sight. As for Brook Lynn, he will call her out for the scammer she is and threaten to expose the truth – possibly to Valentin Cassadine! First, though, he’ll get them both alone and tell his suspicions and demand the truth. When he tells Brook Lynn and Maxie what he suspects they won’t have any choice but to come clean – but Maxie will beg him to keep their secret. For Maxie, he will, but as for Brook Lynn, he’ll hold the secret over her as leverage to his rights to be not only recognized as a legitimate Quartermaine for his father’s sake but also because with no job he’ll need the money –unless Brook Lynn says she lied to Britt Westbourne, (Kelly Thiebaud) who’ll be out of the country soon!