General Hospital (GH) spoilers and rumors tease that Nina Reeves (Cynthia Watros) will confront her aunt Liesl Obrecht (Kathleen Gati) in upcoming episodes of General Hospital! Nina will realize where Scott Baldwin (Kin Shriner) got his information about her and “Mike” aka Sonny Corinthos (Maurice Benard) falling in love in Nixon Falls!

General Hospital viewers will recall that Scott used what Liesl had told him in order to win Nina’s case. Viewers will remember from previous General Hospital episodes that Liesl had figured out that Nina’s boyfriend Mike in Nixon Falls was Sonny! Liesl hadn’t really wanted him to use that information in court, but it was all he could think of to be able to get Nina’s case dismissed. First, he took advantage of Llantano County, Pennsylvania District Attorney Richard Sheridan (David Jahn) calling Willow Tait (Katelyn MacMullen) to the witness stand to cross-examine her. Then he cross-examined Sonny as well after he’d been called up to the witness stand, and Sonny’s telling the court he wasn’t a victim did the trick!

General Hospital viewers will recall that Nina tore into Scott, even though he did win her case and get her charges dismissed! But Nina hadn’t wanted the information to come out publicly that she and Sonny had been in love in Nixon Falls when he was amnesiac Mike! General Hospital viewers will recall how Nina said she knew that it would hurt Sonny if it came out, and she had so wanted to prevent that! But Scott reminded Nina that if he hadn’t used that plan of attack in court, that she’d quite possibly be sitting in prison. Nina didn’t care about that – she’s already in a prison of pain and regrets inside of herself the way it is! 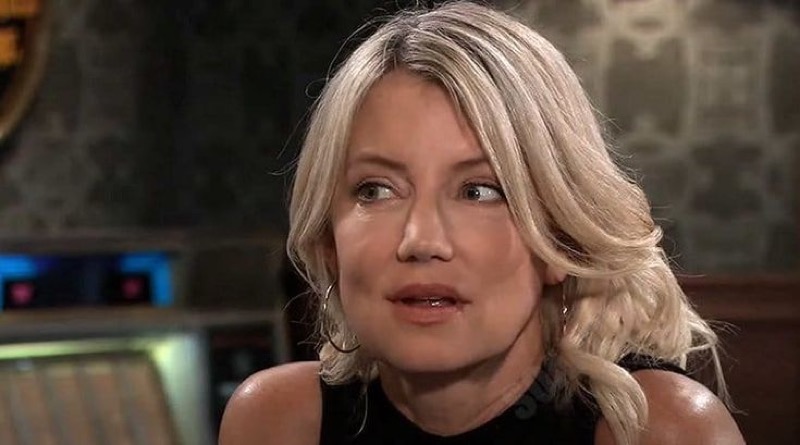 General Hospital viewers will also recall how Willow tore into Nina after the hearing was over and Willow found out Nina’s case had been dismissed! Willow then verbally attacked Nina, wanting to know why Nina had used her and had Scott cross-examine her, and Nina tried to explain she hadn’t after taking her back into the closed courtroom. General Hospital viewers will remember Willow and Nina never had gotten along, their having gotten acquainted when Nina was still married to Valentin Cassadine (James Patrick Stuart). At that time Charlotte Cassadine (Amelie McClain) was her student, and Nina constantly criticized Willow’s teaching methods, and Nina had even gotten Willow fired once! 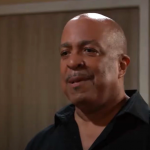