General Hospital (GH) spoilers and rumors tease that Michael Corinthos (Chad Duell) will dump Willow Tait (Katelyn MacMullen) when he finds out she knew about Sonny Corinthos’ (Maurice Benard) and Nina Reeves’ (Cynthia Watros) love connection in Nixon Falls and didn’t tell him in an upcoming episode of General Hospital!

General Hospital viewers will recall that at Nina’s preliminary hearing, Sonny took the stand and answered Scott Baldwin’s (Kin Shriner) question honestly about why he didn’t press charges for Nina keeping his survival a secret for nine months while he had amnesia in Nixon Falls! But Sonny likely didn’t want to come out and say he and Nina were in love, although he might say they had a close friendship! After all, he has Carly Corinthos (Laura Wright) staring at him, as well as Michael. General Hospital viewers know that Sonny would get himself in the doghouse with both Carly and Michael if he admitted his feelings for Nina! But there is a definite possibility that both Carly and Michael will pick up on that Sonny cares more for Nina even now than he is “supposed to” – it’s pretty obvious in his body language and his looks at her and his kindness to her. Carly would have expected him to kick Nina to the curb and she too wonders why it was Michael who has pressed charges instead of Sonny!

General Hospital viewers know that Willow overheard a conversation that Nina had, and know that Nina and Sonny had fallen in love in Nixon Falls. While it never went physical thanks to Nina, it was certainly an affair of the heart and both Nina and Sonny have been trying to distance themselves from each other because of their feelings. However, it hasn’t been working all that well, as General Hospital viewers will have noticed, because Sonny and Nina are constantly running into each other, and sometimes in front of Carly or others who would cast a disapproving glance! General Hospital viewers will recall from a recent episode that Liesl Obrecht (Kathleen Gati) had told Scott that Willow knows that Sonny and Nina were in love in Nixon Falls, and they had debated whether to ask her to testify. It sounds like she will since another witness takes the stand and Sonny had already spoken. But even though Willow is constrained, to tell the truth, the whole truth, and nothing but the truth so help her God, she kept the information to herself and didn’t tell Michael. If Michael had known, then he would have told the Llantano County Pennsylvania District Attorney Richard Sheridan (David Jahn) who is prosecuting Nina! 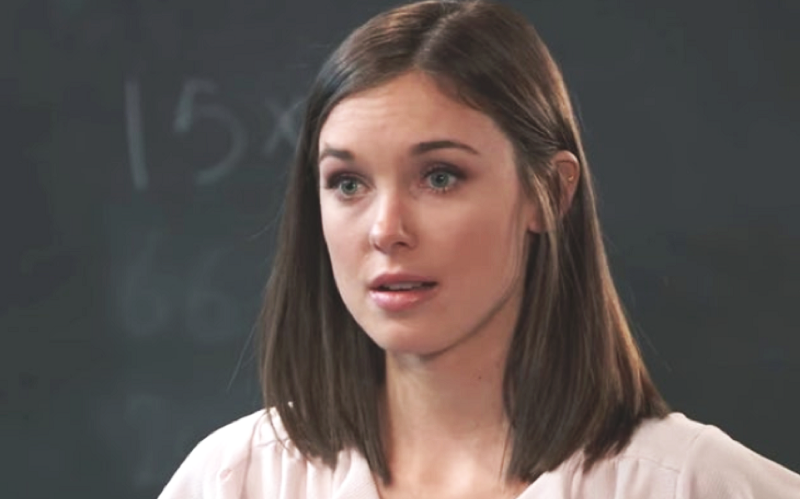 Honesty Is Important To Michael Corinthos So Why Did Willow Tait Lie?

General Hospital viewers know that Michael considers honesty important, and to him, Willow’s not telling him this very important bit of information is the same to him as a lie! General Hospital viewers will have noticed that Michael is over the top with rage about anything and everything lately, anything that offends him, that is. He made a death threat to Brad Cooper (Parry Shen) and mouthed off to Selina Wu (Lydia Look) and Sonny had to tell him to stand down and let him handle “the business”! Willow’s truth that she tells on the stand will be what Scott needs to get Nina’s case thrown out of court, and Michael will be livid that she didn’t tell him she knew about Sonny and Nina’s “affair” even though it was just an emotional one. 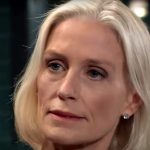 General Hospital viewers will recall that Michael paid beaucoup bucks to Sheridan in the form of campaign donations, and Sheridan knew this high profile case would be just what he needed to boost him to the position of Pennsylvania Attorney General in the upcoming elections! Willow’s not telling Michael what she knew makes him look bad, and he will be livid with her and tell her they are through; he may even press for full custody of Wiley Corinthos (Viron Weaver), not trusting Willow to keep him from Nina!

Most Insufferable General Hospital Couple of 2021 — Willow and Michael