General Hospital (GH) Spoilers And Rumors: Esme May Be Working With Ryan To Get To Ava

General Hospital (GH) spoilers and rumors tease that Esme Prince (Avery Kristen Pohl) may be working with Ryan Chamberlain (Jon Lindstrom) to get to Ava Cassadine (Maura West) because he couldn’t get Spencer Cassadine (Nicholas Chavez) to cooperate! General Hospital viewers will recall that Spencer returned all of Ryan’s letters unopened!

General Hospital spoilers and rumors tease that Esme is likely Ryan’s daughter. General Hospital viewers will recall that Ryan was in the DVX for twenty-five years presumed dead, and that was plenty of time for Esme to be conceived either in a romance or a fling with a fellow agent! Most of Ryan’s history while in the DVX is a mystery, but it can be assumed that he was probably an assassin – his perfect career! Ryan had written letters to Spencer while he was still in school in France, but they were returned unopened – leaving General Hospital viewers with questions as to how he even got the address. Ryan probably got the address when he was impersonating his twin Kevin Collins (Jon Lindstrom) and was living in his and Laura Collins’ (Genie Francis) house. When Ryan couldn’t get Spencer to cooperate, that’s when he probably put Esme in the same school with instructions to get close with Spencer!

General Hospital viewers will notice that “Spence” is not exactly head over heels with his rather domineering girlfriend. It seems more like it is Esme calling the shots than Spencer is – he didn’t invite her to come to Port Charles and she just showed up! Esme took it upon herself to set Ava Cassadine’s (Maura West) car on fire outside the Jerome Gallery – supposedly to give “Spence” an alibi. But it also would further an agenda of making sure that Ava makes a clean and total break from Nikolas Cassadine (Marcus Coloma)! 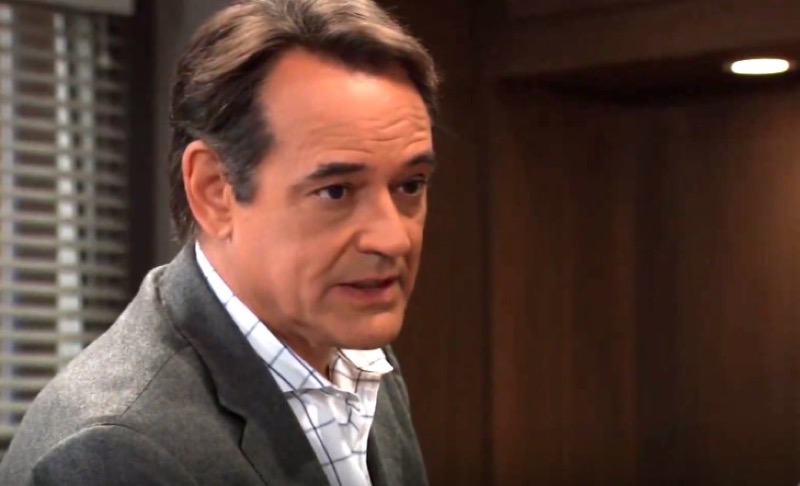 Spencer himself wanted Ava far away from “Father” but that is because of a very old grudge held since he was ten years old. General Hospital viewers will recall that Ava had promised to help him reclaim his father’s legacy from Valentin Cassadine (James Patrick Stuart) when Nikolas was presumed dead. Instead, Ava went to the Boronsky Clinic in Russia, where Valentin had referred her, to get her burned face fixed. That didn’t sit well with Spencer!

Ryan Chamberlain Is Likely Faking And Ava Cassadine Is His Endgame

General Hospital viewers suspect that Ryan is likely faking his locked-in syndrome and getting Ava back for himself is his endgame! That would definitely not be Spencer’s endgame, however – he just wants her away from his father! Therefore, just having Spencer interfere between Nikolas and Ava would not have served Ryan’s purposes anyway – Spencer might do things to break them up, but he won’t kill his father. General Hospital viewers know that Ryan might want Nikolas eliminated as competition for Ava – and that is where Esme might come in. Not only will Esme continue to stir things up between Spencer and Nikolas, as well as his family and friends, but she also seems to have enough of her father’s evil in her that she might keep Spencer distracted enough that he can’t really tell what is going on!