General Hospital (GH) spoilers and rumors tease someone’s guilt might drive her to attempt suicide in upcoming episodes of GH!

Harmony Miller (Inga Cadranel) has been going down a slippery slope and picking up speed since Brendon Byrne (Josh Coxx) blackmailed her! Brendon had a large accordion file with Harmony’s name on it, inherited from his late brother Neil Byrne (Joe Flanigan). After Harmony tried to pay his blackmail and struggled with him, she snapped and pushed him off a cliff overlooking the harbor.

She later went and conned a maid in The Metro Court into letting her into Byrne’s room and stole Neil’s files. Then, she went to Alexis Davis’ (Nancy Lee Grahn) house where she was caught trying to burn the files in the fireplace by Carly Corinthos (Laura Wright)!

Carly interrupted Harmony’s process of trying to destroy evidence that would blow all of her secrets wide open! That file told the tale of all – starting with her illegal adoption of Willow Tait (Katelyn MacMullen) who is really Nina Reeves’ (Cynthia Watros) twin. The fact that she had Neil’s file could point to Harmony’s murders of both Neil and Brendon – it would give her motive, means, and opportunity! Then Carly being Carly, snooped and found a page that hadn’t burned with Neil’s name at the top and was reading it as Harmony approached. Harmony still had the syringe in her hand as Alexis (temporarily Stephanie Erb) came home and interrupted!

Harmony is at the point where one more thing will be the straw that breaks the camel’s back, and she’s the camel! The straw turns out to be Alexis, coming home from talking with Diane Miller (Carolyn Hennesy) to tell her that she can no longer live in her home. Harmony already stabbed Carly with the syringe, and before she can finish burning the file, Alexis catches her red-handed!

Now Harmony’s forced to kill Alexis – the only friend she thought she really had, and she used the syringe on Carly! Harmony grabs the closest thing she can find that’s heavy and knocks Alexis out with it and runs!

Harmony finds out that both Carly and Alexis survived, and before she stabbed Carly, she confronted her about her connection to Nina! She worries she read enough to know that she has Nina’s living twin illegally and will tell Willow the truth! Harmony should know that Carly hates Nina and hated Wiley Corinthos’ (Viron Weaver) birth mother Nelle Benson (Chloe Lanier)! But she’s not thinking about that, and the possibility Carly may hate Willow for being Nina’s –she’s more worried about Willow hating her for not telling her the truth! Harmony couldn’t live with Willow’s rejection! 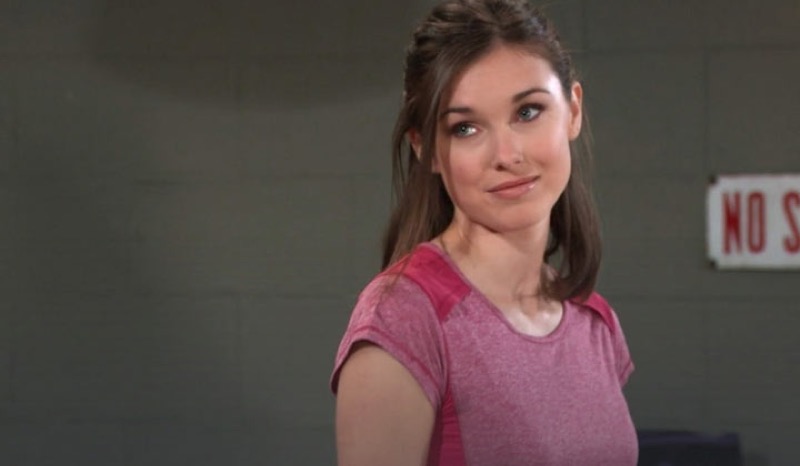 A Horrifying Discovery Is Made

GH spoilers tease a horrifying discovery is made; Sasha Gilmore Corbin (Sofia Mattsson) and Gladys Corbin (Bonnie Burroughs) may find Harmony with a syringe in her arm! Harmony is near The Metro Court and they call the PCPD and 911-Sasha fears Willow’s reaction to the news. She’s still clinging to life but they found her just in time for her to join Carly and Alexis in the hospital. 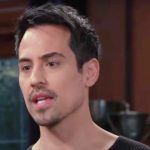 Detective Dante Falconeri (Dominic Zamprogna) responds and assures us he will handle notifying Willow and Michael Corinthos (Chad Duell). Harmony’s house of cards is falling in on her, but she’s found in time although unconscious!