ABC General Hospital spoilers reveal that Vernee Watson-Johnson will return as Stella Henry in the near future. We last saw the perky social worker in March. The character debuted in 2017 and she will return the week of September 14.

General Hospital spoilers – Stella Henry is back to Port Charles

It’s likely that Stella’s visit will have something to do with her friend Mike Corbin (Max Gail) or her nephew Curtis Ashford (Donnell Turner). Curtis’ aunt Stella came to Port Charles on June 7, 2017, to surprise her him on his birthday but at the time she had a long-standing feud going with Jordan Ashford (Briana Nicole Henry) and was stunned to hear the two were dating.

Over time Stella acted up in a very bad manner in an effort to let her dislike of Jordan be known. Nonetheless, she has made her peace with the couple who are now married.

In an ironic twist of fate, in 2018 Stella reunited with an old boyfriend who was now married to a woman with Alzheimer’s. At the same time, Mike was in the same facility and complications ensued when he and this woman became “involved.” It was thought that Stella and her ex would also become involved, but it did not transpire.

Eventually, Stella left Port Charles to catch up with a family member abroad. Stella will return from England when she comes back to Port Chuck. 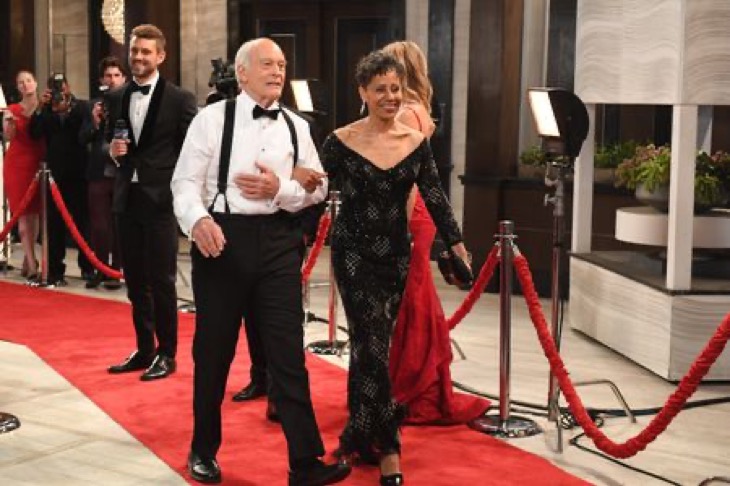 She will find the landscape a bit different from when she left it. For starters, Mike is in the end days of his battle with Alzheimer’s. While Jordan and Curtis are still married, they are at odds over her career. In fact, Curtis doesn’t know the half of it. His wife is taking many risks that he does not know about and when the sh*! hits the fan he is sure to have a bad reaction.

At the same time, it is thought that teen Trina Robinson (Sydney Mikayla) is his daughter. It has not been stated, but he was with her mother at the time she was conceived and fans are speculating like crazy that Curtis is the baby daddy.

Tell us GH fans, what do you think that Stella will get up to once she returns to town? Will a secret or three spill out while she is here?