General Hospital (GH) spoilers and updates tease that as Hamilton Finn (Michael Easton) recently encouraged younger brother Harrison Chase (Josh Swickard) to not give up on Brook Lynn Quartermaine (Amanda Setton) Chase will encourage Finn not to give up on Elizabeth Baldwin (Rebecca Herbst) in an upcoming episode of General Hospital!

General Hospital viewers will recall that Elizabeth put moving forward with Finn in a dating relationship on pause, as she felt like she had to focus on her boys – and in particular, Jake Webber (Hudson West). She feared that Jake was acting out like he did when he was little and fresh from his traumatic kidnapping to Cassadine Island, where he saw things such as Drew Cain (Cameron Mathison) being tortured. Jake called him the “Scarecrow) and saw him tied to a tree in an attempt to brainwash him, and back then Drew and Jason Morgan (Steve Burton) still looked like twins – Jake probably thought it was his father. General Hospital viewers will recall it’s no wonder that Jake was traumatized after being rescued by Lucky Spencer (Jonathan Jackson) and brought home alive to Elizabeth. It was very easy to think the more recent trauma of losing his beloved stepfather Franco Baldwin (Roger Howarth) and then Jason in short succession had caused trauma to come up in Jake again, causing his acting out.

General Hospital viewers will recall that Finn gave Elizabeth her space and time to be just mom to her boys, while Jake had told him that he had never been the problem – Jake and Finn were cool. But Jake had been upset about everyone accusing him of arson regarding Franco’s art studio, he said that he would never do something like that, but he had done something he was afraid she wouldn’t forgive him for. General Hospital viewers will recall Liz, with Finn still by her side, telling Jake the only way to fix that was for him to tell her the truth; and finally, the root of the problem was addressed. Like Chase had to do when Brook Lynn needed her family time, Finn will continue to do to allow Liz to have hers until things settle down – and when the time is right, he should give things another try. But, like Chase was feeling when Brook Lynn took her family time, Finn is afraid he has lost her chance with Liz forever! 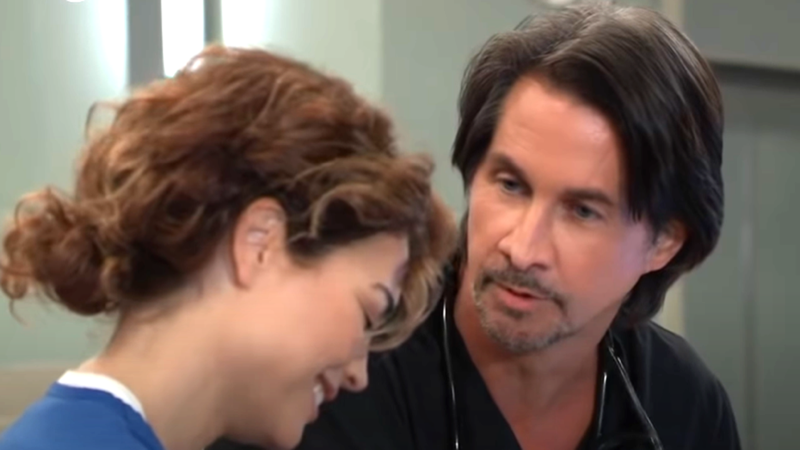 For all their age difference and both of their quirky ways, General Hospital viewers will have to admit that Gregory Chase’s (Gregory Harrison) boys are a bashful lot when it comes to women and love! General Hospital viewers will recall that when Chase tried to pick up with Brook Lynn, it wasn’t an intense fall into bed type encounter although they did find out they made beautiful music together-literally! 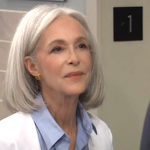 Chase shares with Finn how it went and encourages him to not give up on Elizabeth either, even if she does seem like she’s still not quite there – after all in a sense, she is grieving both Franco and Jason too, as Jake’s father. Chase is remaining Brook Lynn’s friend until she’s ready for more, and Finn should treat his relationship with Elizabeth the same way. After all, both women are grieving in one way or another, and Chase and Finn will have to be patient!