General Hospital comings and goings reveal a familiar but new face playing the role of Sasha Gilmore. Sofia Mattsson’s sister, Helena Mattsson, will be pinch-hitting for her sister for two episodes, starting February 17.

Sasha Gilmore will still barely face the loss of her baby, Liam, right before Christmas and insists on going on with life as if nothing has happened. She is all in on anything Deception and definitely seems to like yoga of late but she is giving Brando Corbin (Johnny Wactor) the cold shoulder and he doesn’t know what to do. 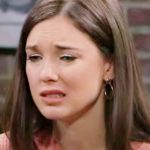 At least they run into one another at the Metro Court as he tries to get her to talk to him or at least seek help like he is doing but she doesn’t want to hear it. And while the Sasha that Brando talks to looks a lot like Sasha, she isn’t the one he or any of us is used to seeing. This is a whole new Sasha indeed.

Helena Mattsson may not be a stranger to Hollywood and the acting world, but this is her first foray into daytime soap. Still, she was excited to get a call from her sister to see if she could take her place for a few days when Sofia was unable to work. 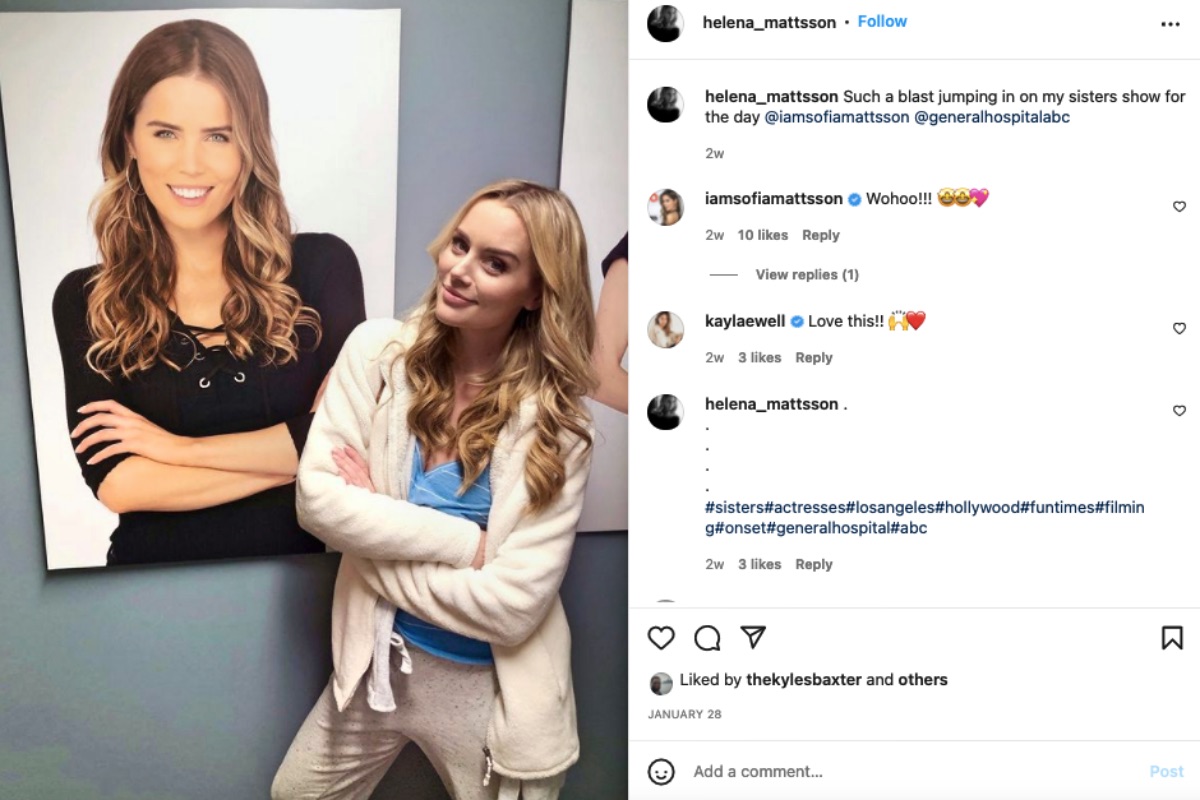 “Sofia called me and said she wasn’t going to be able to work the next few days and asked if I could fill in for her,” Mattsson told the March 1, 2022, issue of Soap Opera Digest. “I thought she was joking at first, but of course, I said yes.”

Sofia gave Helena some advice on how to work on a soap, which is different from any other kind of TV or movie pace. “She told me it was going to move fast and that I should have fun,” she said while bragging that it only took her a day to memorize one script. “It was a little overwhelming to jump in on such short notice and memorize the scenes while keeping in mind that I was only going to portray this character, who is already well-established.” Stay tuned to General Hospital weekdays for a familiar face playing a familiar face.