ABC General Hospital (GH) spoilers tease that Julian Jerome (William deVry) is sitting on some potentially explosive information. As GH viewers know, Julian recently had a run-in with Marcus Taggert (Réal Andrews) when Taggert was dressed as Darth Vader on Halloween. Taggert was checking in on his daughter Trina Robinson (Sydney Mikayla) at Charlie’s Pub, but then Julian unmasked Taggert and the men came face-to-face.

Of course, Julian doesn’t know that Taggert is Taggert, nor that he’s supposed to be dead and that his “death” is essential to keeping Trina safe from Cyrus Renault (Jeff Kober). And all this is complicated by the fact that Julian is now working directly with Cyrus, and that Julian is still in possession of Trina’s phone, which has a photo of Trina and Taggert prominently displayed on its screen saver.

Well, it probably won’t be long until Cyrus comes around and notices that Julian’s got Trina’s phone. And if Cyrus sees the phone, he’s probably going to see that screen saver picture of Taggert and Trina. And then, if Julian reveals that he came face-to-face with the guy in the picture with Trina, Cyrus is going to suddenly realize that Taggert’s death a few months ago was faked.

Of course, Cyrus is going to be pretty peeved if he discovers that Taggert is alive, and it’s probably going to lead to a terrible chain of events. Cyrus is going to likely realize that Taggert must have had help in faking his death, and he might suspect that Jordan Ashford (Briana Nicole Henry) was involved. Who knows – Cyrus might even suspect that Sonny Corinthos (Maurice Benard) was involved.

General Hospital Spoilers: Trina Could Wind Up In Terrible Danger Once Again

Whatever the case, we have to think that Trina could wind up in terrible danger once again as a result of Cyrus finding out from Julian that Taggert is alive and well. Might Trina be kidnapped again or otherwise threatened in order to coax Taggert out of hiding? Cyrus could certainly go after Trina and even Portia Robinson (Brooke Kerr) in order to smoke out Taggert. 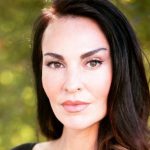 In fact, we wouldn’t be surprised if Cyrus got Julian involved in this whole situation and made him go searching for Taggert. Julian would really have no choice, now that he’s in too deep with Cyrus, so we could see Julian be the person who ultimately threatens or kidnaps Trina, putting Julian himself in harm’s way.

It will be interesting to see what happens here, but we have a feeling that Julian’s interactions with Taggert are going to end up becoming known to Cyrus, which will put Trina in terrible danger. Do you expect to see Cyrus smoke out Taggert from hiding? Stay tuned to General Hospital and don’t forget to check back with us here at CDL for all the latest General Hospital spoilers, news, and daily episode recaps.