ABC General Hospital spoilers reveal that there is almost nothing that daytime super star Maurice Benard (Sonny Corinthos) won’t do for his loyal and loving fans. One lucky fan was the recent recipient of a heartfelt message from Maurice and his Port Charles alter ego and it meant the world to her.

This particular viewer really needed some support and input as she faces some very scary surgery. Maurice did not disappoint and the lovely lady in question was not only grateful for his kind words, she shed a tear or two at his beautiful gesture.

Bernard has posted a video on his Insta of super soap fan Virginia as she listens to his Cameo video message call. Virginia is seen as she sits alone at a table decorated in autumn colors.

Someone appears in view in order to hold their phone so that she can see and hear Maurice’s message. Instantly sweet Virginia sheds a tear as she sees who is calling her.

Maurice starts off saying, “My name is Maurice Benard and I play Sonny on General Hospital. You’re probably wondering what the heck I’m doing talking to you but your grandkids love you very, very much and they tell me that you’re having surgery.”

The reason I’m on @cameo is because of beautiful moments like this.

As Virginia listens she hears Maurice say, “I’m telling you, you have nothing to worry about, you stay strong, stay in the moment. Think positive and you know, just know that everybody loves you.”

She shakes her head in the affirmative and then he asks, “Guess who else loves you?” Virginia replies, “You,” right before he says, “Meeeeeee!” The whole scene was delightful and clearly, Virginia was touched to receive such a reassuring and positive message from her fan fave actor. 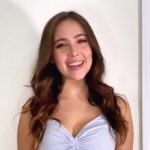 Bernard captioned his video: “The reason I’m on @cameo is because of beautiful moments like this.” Cameo is an online service in which celebs sign up to voice a special message to anyone who wishes to pay a fee set by the star. Fees vary and there is a wide range of celebs to such from.

November sweeps is taking Port Charles by storm this year and Sonny Corinthos is no exception!