ABC General Hospital news says that if there’s one thing that we’ve learned about Maurice Benard (Sonny Corinthos) over the years, it’s that he absolutely loves reaching out to his fans, regardless of what platform he’s using or if he’s online or off. That’s just one of many reasons why General Hospital fans have not only loved him for so many years but have also been as fiercely supportive as they have been. And now Maurice is once again doing what he does best, and that’s finding a new way to reach out to his fans to talk about a topic that most actors of his status often don’t’ touch: mental health. Here’s what you need to know.

General Hospital News: Maurice Benard Has Found A New Way To Reach Out To Fans With His Mental Health Services

According to the latest edition of Soap Opera Digest, Maurice has taken his passion for mental health advocacy to a new platform – YouTube, where he know posts his weekly State of Mind discussions with some of his General Hospital co-stars and friends, including Kin Shriner (Scott Baldwin) and Ingo Rademacher (Jasper Jacks). 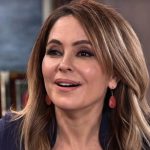 Maurice puts it this way, “The history of how State of Mind started is that one night I was in bed and I woke up with anxiety and I started filming myself with anxiety – and as I was doing that, I was watching a guy on television going, ‘I can’t believe these Hollywood actors that film themselves and put themselves on social media!’ Anyway, the next day my friend Melissa said to me, ‘Why don’t you film yourself talking about mental health?’”

The rest, as they say, is history. While there were some reservations on Maurice’s part, he finally got around to doing just that and talked about his life, his mental health issues, and how he’s trying to turn his wrongs into rights. It didn’t take long for his page views to rack up and now he’s getting hundreds of thousands of views from fans all around the world. You’ve got to hand it to Maurice, as he always manages to find a rewarding way to reach out, right?