General Hospital (GH) spoilers and updates tease that Selina Wu (Lydia Look) has shaken up the town of Port Charles, New York with her evil mobstress ways, plus she has unleashed her convict nephew Brad Cooper (Parry Shen) upon the populace. She finagled the release of her equally sleazy nephew Brad but has not been seen since, so what gives? Have fans seen the last of the only female rep from the infamous Five Families?

Keep reading to find out what is in store for the actress Lydia Look and her sensational character Ms. Wu.

Look recently spilled some dish to Soap Opera Digest about what fans can look forward to as 2022 reveals itself. According to her, the character of Selina Wu has indeed departed the canvas but this is only a temporary event. She explained that she left the soap for a trip to see her family and will be back filming soon as the cagy mobstress.

“The end of the year is when I always go visit my mother in Singapore,” the actress told the magazine. “December/January is always family time… and that comes first.”

She stated that before she left for her extended vacation, the show inquired as to when she would be back. She shared that Casting Director Mark Teschner told her that the writers wished to write more storylines for her character. 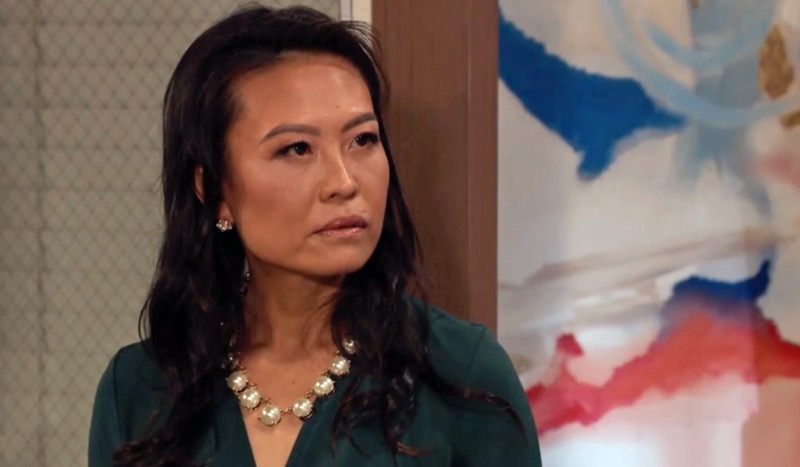 General Hospital Updates – Selina Wu Will Be Back

The look is definitely on board for more excitement in Port Charles and she concluded of the angsty aunty, she, “will be back!”

This week Brad was on the verge of a nervous breakdown (when isn’t he?) and he finally broke down and told his bestie Britt Westbourne (Kelly Thiebaud) the reason why. It all has to do with his evil aunt Selina!

According to poor Brad, he was forced to do her evil bidding in return for being sprung from jail. What did he do that was so egregious? 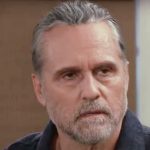 General Hospital Spoilers: Sonny On Guard, Brick Warns Him Of A New Threat!

Actually, Brad did the town a favor—he poisoned Peter August (Wes Ramsey). But as usual, Brad came up a little short in the success department and Peter is alive albeit chained to a hospital bed.

We have no doubt that Selina will return to make Brad’s life miserable, and somehow we think she and Britt will have their claws out for each other—meow!