General Hospital (GH) spoilers tease that there is a scary lady shaking things up in Port Charles, New York, the city by the docks. Mobstress Selina Wu is played by Lydia Look and she has been front and center recently, causing the audience to sit up and take notice.

More recently Wu was instrumental in getting her nephew bad boy Brad Cooper (Parry Shen) paroled—now we know he comes by his danger streak naturally! She recently talked to Soap Opera Digest about her role and we have some of the details for you here.

Look gave the mag some background on her role saying, “When I started out on GH, I was an under-five; I just came in once a year for the mob meetings. I had come in 10 or 15 years ago to read for Mark [Teschner, casting director] for the role of a doctor. Obviously, I didn’t get it and I thought Mark forgot all about me.” 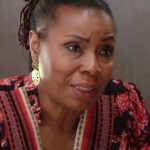 “Then all of a sudden, in 2015, I got a call from my agent and he said, ‘Hey, Mark Teschner from GH called and asked if you would come in and do a couple of lines. It’s a really great character, she’s a mob boss.’ And I was like, ‘Hell, yeah! A mob boss? Sure!’ So I came in and I did that and for a couple of years after that, it was just a once a year thing, and then there was a maybe two-year lapse where we didn’t have a mob meeting. But in the last year or two, it’s started to grow more and more, and I am just so chuffed. I don’t know what I did to deserve this! I just couldn’t ask for a better journey to be on than the one I’m on with General Hospital.”

It’s fair to say fans are as thrilled with Look as she is with GH. Selina is a mercurial cipher, smiles and compliments one minute, then snarls and spooky stares the next. She went on to say, “I am so excited every time I open my script. I go, ‘They’ve given me these words to say? I am so blessed.’ I have not been disappointed once. They have made me so intelligent, so well-spoken, so smart, so tough, and I go, ‘This is better than any prime-time character I’ve been given so far!’” 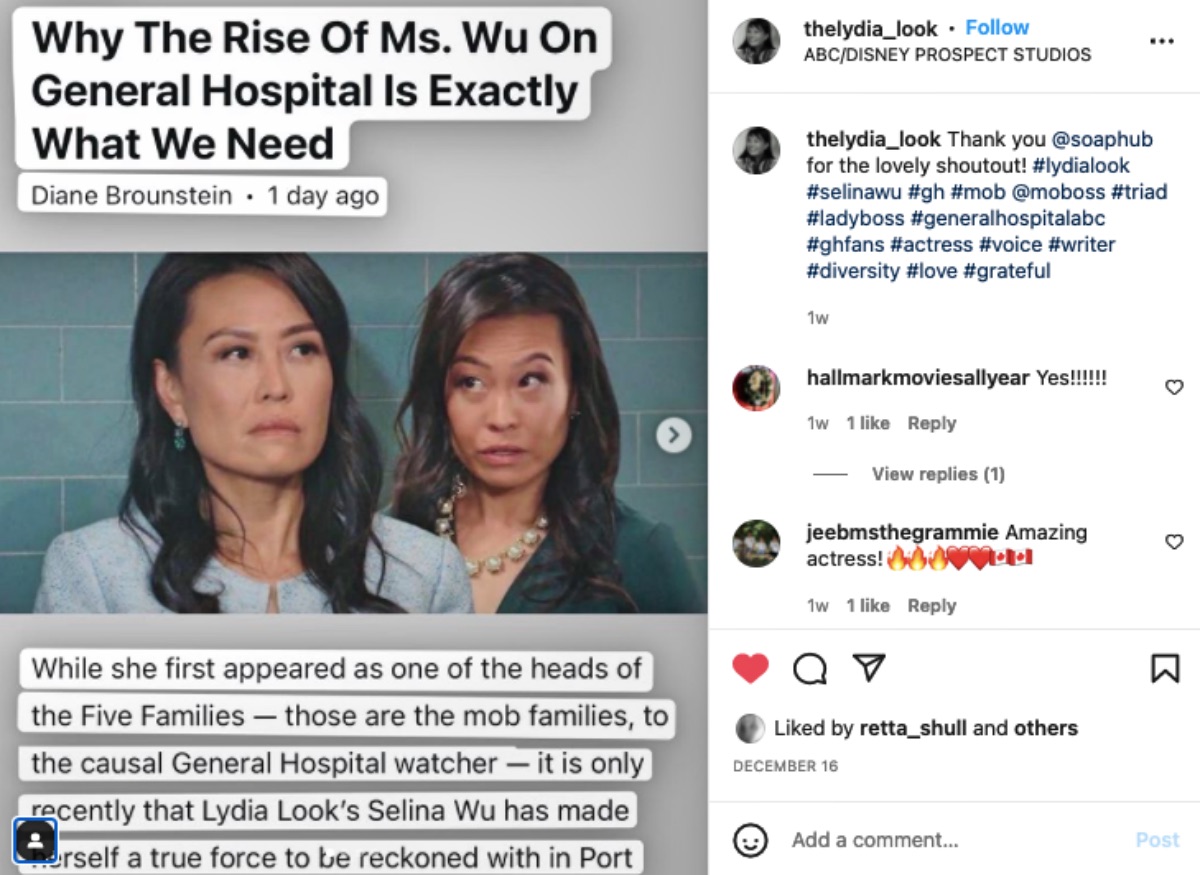 She also has praise for how the writing team has represented her character, “as a smart, tough, Asian woman who holds her own against the men in our world. It’s already hard holding your own against men as a woman, and it’s a double challenge when you’re a minority, but that has never been an issue with me with the scripts. It has always been so gratifying. I read it and I go, ‘Yeah!’ She is just a dream, a dream character to work with.”