General Hospital viewers will recall that Jax never has liked Carly being around the mob, or being in the mob lifestyle. General Hospital viewers know that Jax certainly doesn’t like their daughter, Josslyn Jacks (Eden McCoy) being exposed to it either. It’s bad enough that Jax and the presumed dead Sonny Corinthos (Maurice Benard) had a romantic rivalry going back years, to when Sonny and Jax were both interested and involved with Brenda Barrett (Vanessa Marcil). Once Sonny really got going with the mob in Port Charles, Jax feared for Brenda’s life as well as any other women they both became involved with, including of course Carly. But having a daughter exposed to the mobster lifestyle is a whole another problem!

General Hospital viewers will recall that Jax trusts Jason even less than Sonny since it is Jason who has gotten into even more dangerous situations than Sonny as his enforcer! General Hospital viewers will recall that after Josslyn was approached by Joey Novak (Patrick Zeller) at Kelly’s recently when she was with Cameron Webber (William Lipton) that Novak knew everything about Josslyn, everything about her schedule, where she goes to school, which volleyball team she plays on – the Novaks know it all! Josslyn immediately told Carly, with Jax right they’re hearing it, while Cameron likely pretended a punching bag was Joey Novak at Volonino’s Gym, which is how Jason found out about the threat. Even Jax knows that a mob figure knowing about Josslyn’s life and approaching her as Joey Novak did is indeed a threat! 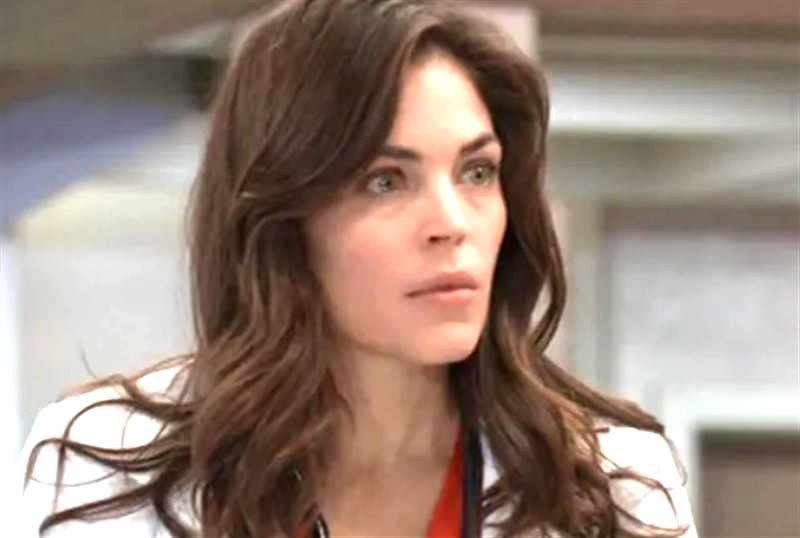 General Hospital viewers can guess that Jax isn’t wild about Britt’s interest in Jason either, even though she is very hurt by and very angry at him now. As General Hospital viewers will recall, even Mutti got involved when Liesl Obrecht (Kathleen Gati) confronted Jason over loving and leaving her daughter. It had not been Jason’s first choice, and he hated doing it but he felt he had no choice – he knew that the Novaks, and possibly some others of the Five Families would expect him to kill Carly. Marrying Carly was the only way that they could present a united front to protect Sonny’s territories and businesses. Whether Jason and Carly become a real couple including consummating their marriage is anyone’s guess, but he cannot date Britt and be married to Carly at the same time, and he doesn’t want to put Britt in the position of being “the other woman”! Jax confides in Britt about how dangerous he feels Jason is.

General Hospital viewers can expect that Jax will tell Britt that he doesn’t like the danger that Carly is putting herself into and Joss with her by marrying Jason. General Hospital viewers can also expect that he will likely tell Britt that he is glad for her sake that things didn’t work out for her with Jason as well. Britt, however, has lived with danger all her life, considering that Cesar Faison (Anders Hove) was her father, and her mother was obsessed with and chased after him all of Britt’s life. Britt even went on the run with her father, although as she told Jason, being on the run with Faison meant five-star hotels, not hiding out in lighthouses and barns, and so on! Britt will probably tell Jax the same thing!