General Hospital (GH) spoilers and updates tease that Spencer getting quite the interesting phone call during his party at Wyndemere, but is it a trick?

Spencer Cassadine (Nicholas Chavez) is so excited about his party at Wyndemere. He got rid of Ava Jerome (Maura West), he has some friends, he wants to make more friends, and his father allegedly believed all of his lies. Oh, is he so very wrong!

When Spencer gets a shocking phone call with Ryan Chamberlain (Jon Lindstrom) on the other end, he has to tell someone so he chooses to tell Joss and she knows that can’t be right. Ryn is supposed to be incapacitated and certainly unable to make phone calls. She tells Spencer that it has to be a prank, but both teens think it’s a prank being played on Nikolas (Marcus Coloma).

Nikolas did tell Ava that he knows Spencer is the stalker and he would make sure his little teen party didn’t go quite as planned. Is this all part of Nikolas’s plan to get back at his son? It sure does seem that way and we can see Ava getting involved with all of this. She’d like nothing better than to play a little trick on the young man who ruined her marriage. 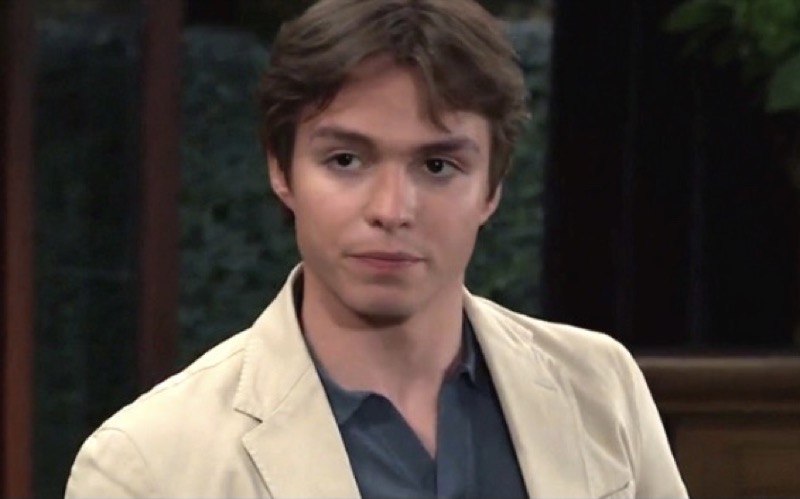 And Spencer would completely deserve this because what he did was just plain wrong and he’s never been taught a proper lesson before, so now is a good way to start. Heck, he actually rigged a local American election just to see his grandmother become mayor. The kid is not exactly on the up and up.

What If It’s Really Ryan Chamberlain?

Then again, we know Ryan is faking his catatonic state as we all saw that little sly smile when Nikolas was visiting Alexis (Nancy Lee Grahn) a few weeks ago. Could he really place a call to Spencer Cassadine? Was this not a trick at all? And who would help him do such a thing? Is Harmony (Inga Cadranel) falling for his catatonic charms the same way she fell for Shiloh’s (Coby Ryan McLaughlin) charms? She really does seem to like sociopaths and we wouldn’t put it past her to help Ryan more than she says she has. Stay tuned to General Hospital weekdays to see how this story plays out.