General Hospital (GH) spoilers and updates reveal Bryan Craig, was known as Morgan Corinthos on GH is working on a new project with Netflix. The actor stars as Richard in an upcoming movie written by John Ducey. No further information has been released yet. But it’s been made known that the project has started its production. So stay tuned for more details.

For those who wish to see Craig on screen, he’s set to appear in the movie titled “American Fighter.” The film will be available on digital and On Demand on May 21. The movie is directed by Shaun Paul Piccinino. Other cast members include Sean Patrick Flanery, Tommy Flanagan, and George Kosturos. 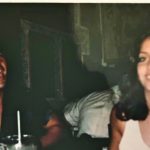 Craig’s character, Morgan Corinthos has died in a car explosion a few years back. He’s presumed dead although his body was never found. Even with his absence, the drama continues with the Corinthos family. Maurice Benard hints at the imminent return of his character, Sonny Corinthos on “General Hospital.”

In an Instagram post, Benard hinted that Sonny will soon be reunited with his wife Carly Corinthos (Laura Wright). He posted a video of himself portraying Sonny and he dropped hints on what’s next for the mob boss.

In the clip, he said, “Hi, my name is Mike. And you know, it’s funny. I’m sitting here just relaxing and I’m starting to remember, like, my past. It seems like I keep hearing ‘Sonny…Sonny, where have you been…what’s up?’ And I keep saying, ‘I’m not Sonny! I’m Mike!’”

Does this mean that Mike will start getting memory flashes? Will he start to remember his past? Keep in mind that Benard has finished filming his upcoming scenes. It’s possible that his hints may come true. Although one can never be sure until it really happens on the show.

General Hospital Spoilers for Week of May 17

Elsewhere, Valentine Cassadine (James Patrick Stuart) comes up with a shocking idea. Meanwhile, Peter August (Wes Ramsey) and Maxie Jones (Kirsten Storms) make a decision about their daughter’s birth. Britt Westboarne (Kelly Thiebaud) feels that there’ll be an upcoming fight but the question is with whom and what will the problem be all about? Anna Devane (Finola Hughes) will receive some shocking news and she’ll need someone to comfort her during that time. Olivia Falconeri (Lisa LoCicero) will have to face some issues on her own. She’ll have an unexpected and unwanted visitor. But the question is who will it be?