General Hospital (GH) spoilers for the week of June 27, 2022 tease that there is all manner of delightful news to share about the comings and goings on your favorite daytime drama. A couple of former daytime actresses are in PC to share scenes with the regulars and one current star addresses rumors and speculation about the status of her long-running character.

According to Rebecca Herbst, her character Liz Webber is still at Shadybrook, and she has not, we repeat has not, been secretly cut from the cast.

Susan Batten had a wonderfully wacky turn on ABC’s beloved serial One Life to Live. She was everyone’s favorite earth momma Luna Moody and now she will be onscreen on GH as Flora Gardens. Batten will be in scenes with Sasha Gilmore Corbin (Sofia Mattsson) and others. 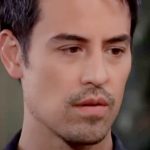 You may also remember Batten as Connor Walsh on CBS’s As the World Turns. Who else remembers when the daytime landscape was filled with wonderful soaps? There are just four now remaining and fans should enjoy every single minute ….

Like Batten, Fairchild also had a busy daytime career. She played Jennifer Pace on Search for Tomorrow and Sydney Chase and Debbie Tompkins on The City. More recently she starred as Anjelica Deveraux on Days of our Lives (2017). 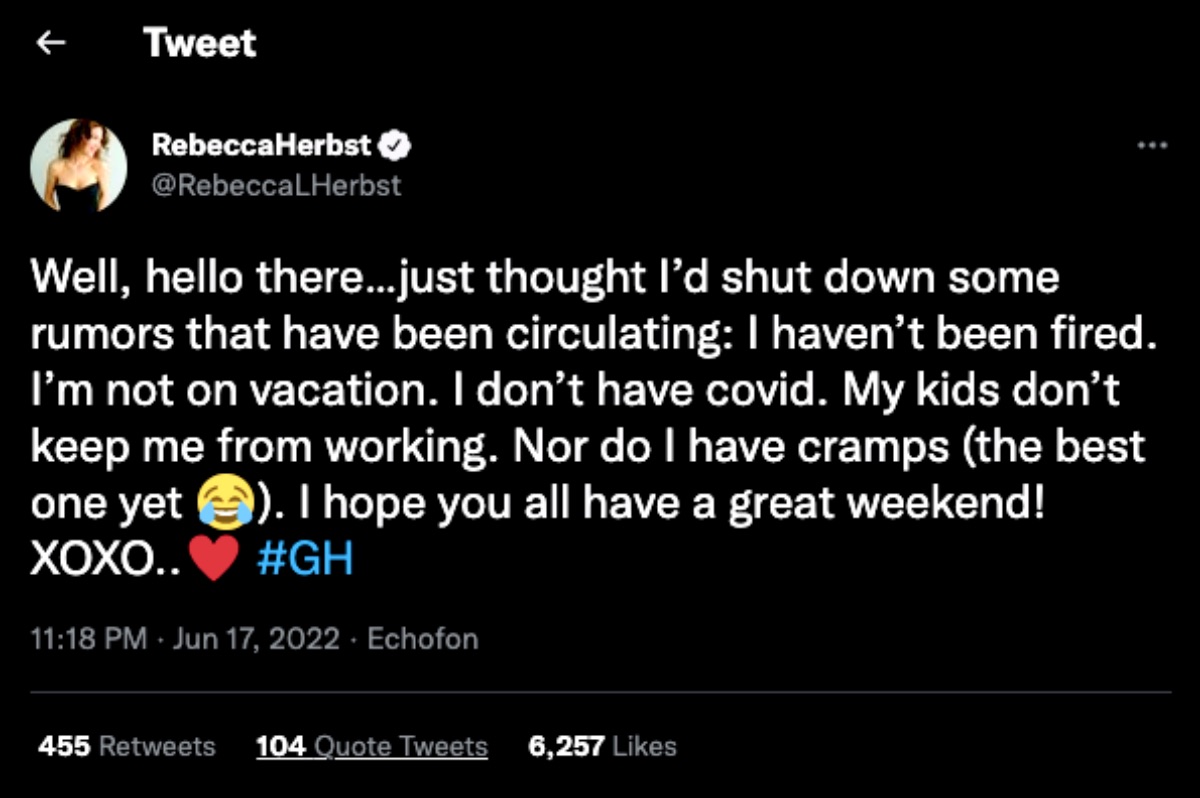 Finally, Rebecca Herbst (Elizabeth Webber Baldwin) found the need to address her show status with fans. Liz is at Shadybrook to sort out her recent issues. But fans were losing it, perhaps thinking that the show, for a second time, decided to cut her loose. Nope.

Herbst assured fans that she is still on as troubled Liz, the mom of three boys who are doing their best to hold it together while she is away. This is what she tweeted last week: “Just thought I’d shut down some rumors that have been circulating: I haven’t been fired. I’m not on vacation. I don’t have COVID. My kids don’t keep me from working. Nor do I have cramps (the best one yet).” Gotcha.