ABC General Hospital spoilers reveal that Joe Flanigan is out as Dr. Neil Byrne on the ABC sudser. He was last seen on September 1 as he lay unresponsive in Alexis Davis’ (Nancy Lee Grahn) bed.

Apparently the character died sometime after he and Alexis were intimate and she found his dead body the next morning. It was a complete shocker for GH fans who thought the pair were about to embark on a new chapter. Well, at least one of them did.

General Hospital spoilers – Joe Flanigan is out as Neil Byrne

Flanigan debuted as a psychiatrist in February 2019. During that time he took on Alexis Davis as a patient. He also had a penchant for hooking up with younger women via dating sites. And he had a thing for Russian history. 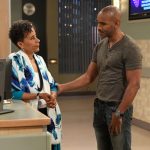 After he began treating Alexis they noticed a considerable warmth in the room but when they decided to pursue their attraction to each other disaster ensued. Britt Westbourne (Kelly Thiebaud) blabbed to Julian Jerome (William deVry) that she saw them together and he took matters into his own hands.

At the hospital, he loudly defended Alexis’ honor and the result was that both eventually lost their licenses to practice their professions. 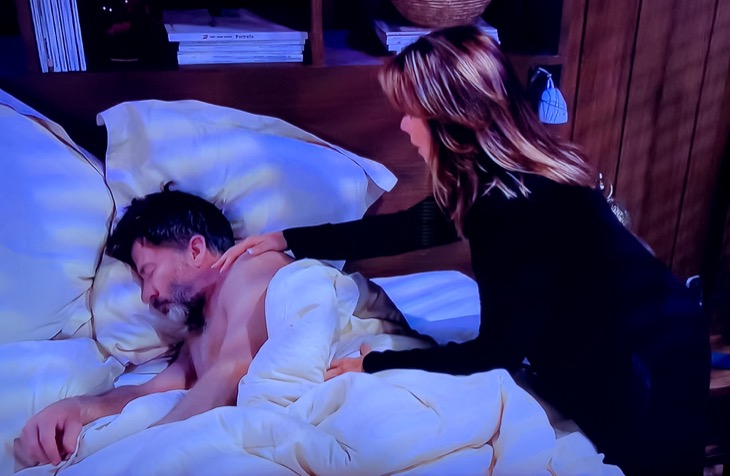 General Hospital spoilers – Did Alexis Davis prove to be too much for Neil Byrne?

In between the time he met Alexis and died with Alexis, Neil did do a solid by helping her daughter Kristina Corinthos (Lexi Ainsworth). He counseled her after she was taken from the cult she was in and eventually she came back to her family.

Just because Flanigan is gone from GH doesn’t mean we can’t enjoy his acting talent. His next project will be on Apple TV’s See. Flanigan worked on the series before the quarantine, and the project hopes to resume production in October.

The series debuted on November 1, 2019, and has been renewed for a second season. Like other film and television productions worldwide, See was sidelined due to the COVID-19 pandemic which shut down production in light of safety concerns.

They deserved so much better.
The chemistry was amazing.
Neil was a great guy for Alexis.
He truly understood and appreciated her.#Nelexis#GH pic.twitter.com/2Wlxva0XjP

Tell us, were you shocked by Neil’s death GH fans?