General Hospital star Nancy Lee Grahn used the Daytime Emmys to make a statement about the Supreme Court’s decision to overturn Roe V Wade with her attire. She also missed much of the night because she had somewhere else she would rather be.

General Hospital Star Nancy Lee Grahn Is Her Activist Self

Nancy Lee Grahn has never made a secret about her decidedly liberal political stance and her feelings about a woman’s right to choose whether to have a child or not. When she arrived at the Emmys, people took notice of the tattoo on her neckline saying REPRODUCTIVE FREEDOM and the purse she carried that said: “Bans Off Our Bodies”.

“Our audience is predominantly women. They are our primary and valued audience and I respect women enormously,” Grahn tol PEOPLE, explaining her outfit. “Today, they’ve had their dignity taken away from them because the six extremists on the Supreme Court have issued women a death warrant. So I can’t get over that to be all smiley here.” 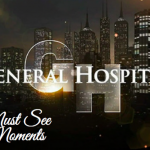 Grahn was up for an Emmy in the category of Outstanding Supporting Actress and the soap world waited to see if she would win and use her speech as a soap box to express how she felt about what happened earlier in the day. Ultimately, co-star Kelly Thiebaud (Britt Westbourne) took home the gold, but a Twitter exchange between the two after the fact revealed that Grahn left the Emmys early.

“Had to bolt as preplanned immediately after our category & didn’t get a chance to personally congratulate you,” Grahn tweeted to Thiebaud. “As I told your mom last night, ur one of the most talented young actresses I’ve seen pass through doors at GH in my time there. Well deserved, honey. Enjoy ur prize.” 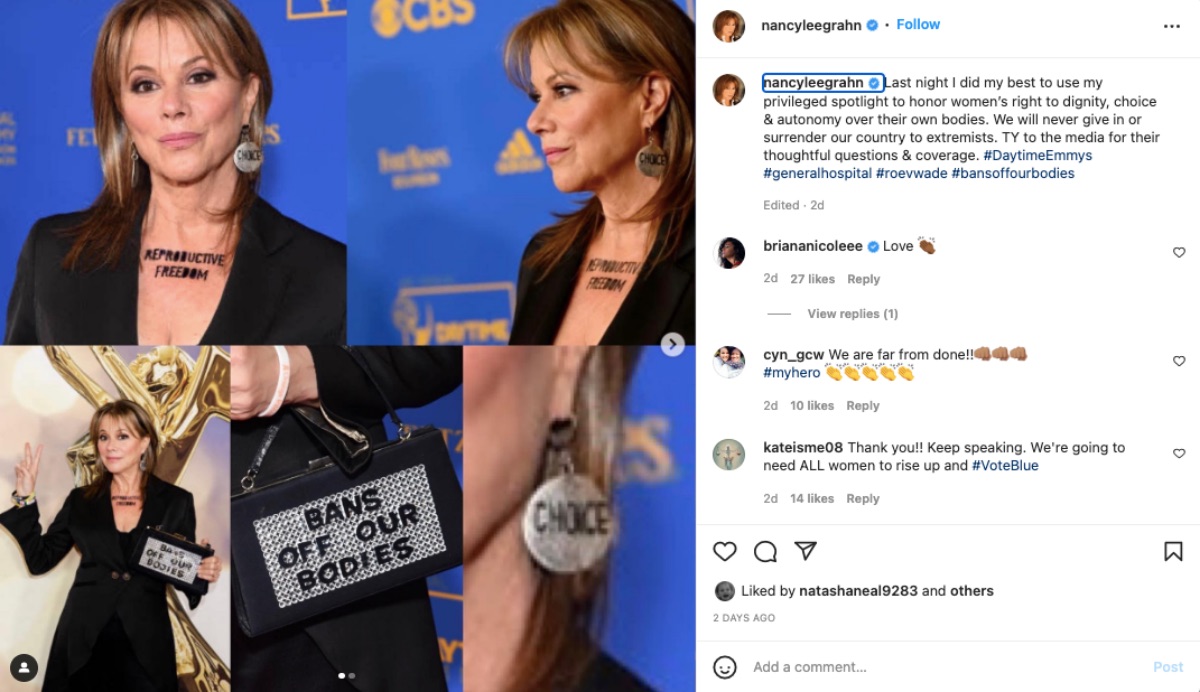 She later revealed in response to a fan tweet where she actually went — a pro-choice protest, of course.

“While I was happy to still be recognized and happy for those, especially Kelly who got her moments, Joy was not remotely an emotion I came close to in light of what happened earlier. I left as soon as I could to attend a protest. My heart was broken the entire day and still is.”

Will GH work this social issue into the story as it has done with other social issues? Stay tuned to General Hospital weekdays to find out.