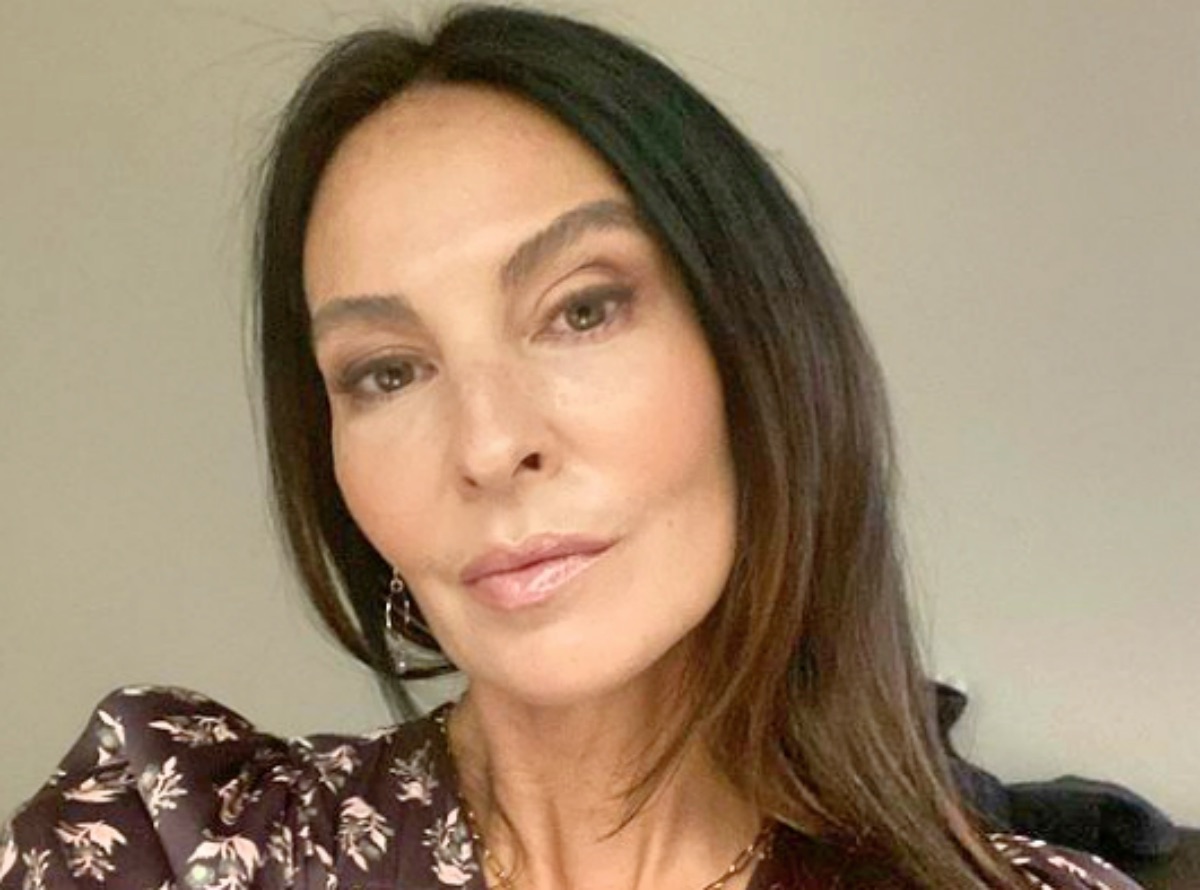 General Hospital spoilers, news, and updates tease that Inga Cadranel has some truth to share about her exit from the daytime soap. In an interview with the Soap Opera Digest, the actress revealed that she was surprised that her character, Harmony Miller, would die.

Still, the actress was grateful for the time she worked in General Hospital and ended her run on a high note.

Inga Cadranel shared that she initially expected to stay only for a few episodes when she debuted on the soap in February 2019. She was part of Shiloh’s cult, and she was sure that her character was also over when Shiloh died.

But it was a pleasant surprise that GH kept Harmony around and gave her a new storyline, although Inga Cadranel was in Toronto and couldn’t do it yet. 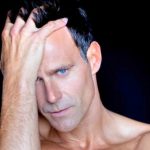 “So when I returned to L.A., I was very surprised and grateful to Frank [Valentini, GH’s executive producer] for not recasting Harmony when I had declined and was willing to bring me back to do the story when I returned,” she shared.

Many things had happened since then, and as her contract was coming up to an end, Inga Cadranel was prepared to exit. However, the plan to kill off Harmony came as a surprise to her.

“Frank let me know in advance that it was going to be a final, meaningful death,” she told SOD.

“I knew my contract was coming to an end and that was fine because I have other projects I am working on, but I thought it may be the type of storyline that would have Harmony disappear or leave [town] so that door could always be open down the road.”

“I was definitely surprised when he told me he and the writers decided that Harmony was going to die,” she confided. 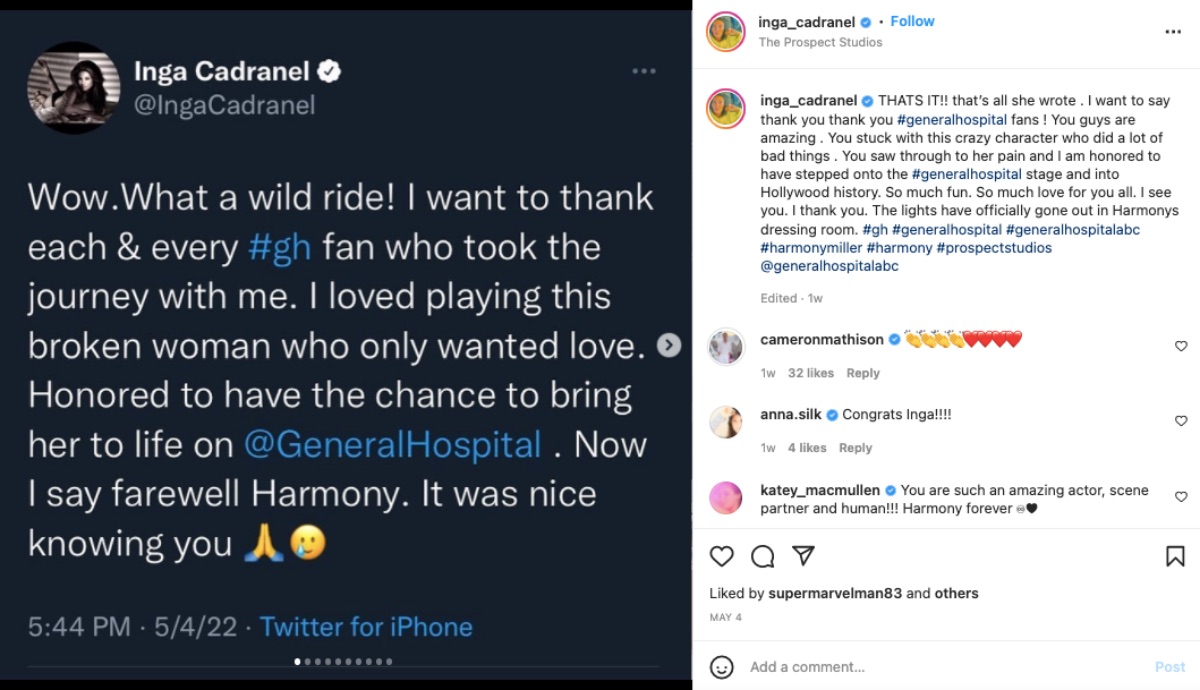 As Harmony succumbed to her injuries from the car accident, the lights on Inga Cadranel’s dressing room has officially gone out.

Inga Cadranel bids farewell to her character and fans on her social media accounts.

“Wow. What a wild ride! I loved playing this broken woman who only wanted love. Honored to have the chance to bring her to life. Now I say farewell, Harmony. It was nice knowing you,” she wrote on Twitter.

On Instagram, she also shared some photos of her time playing Harmony on GH and wrote, “That’s it! That’s all she wrote.”

Then she thanked her fans for all the love and amazing support she received.

“I want to say thank you, thank you, General Hospital fans! You guys are amazing,” she said. “You stuck with this crazy character who did a lot of bad things. You saw through to her pain, and I am so honored to have stepped onto the GH stage and into Hollywood history.”