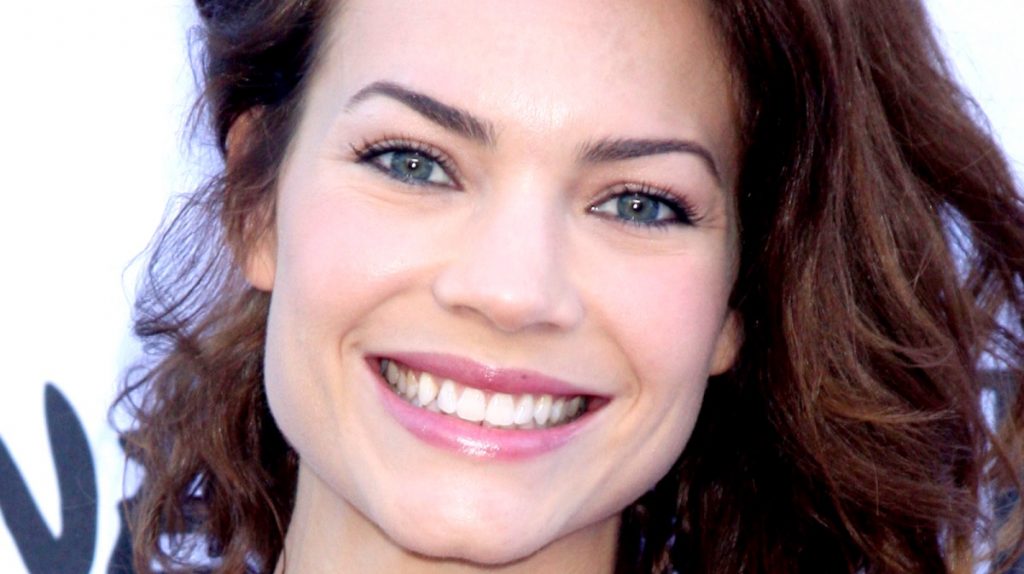 General Hospital: A Quarter of a Century of Elizabeth

Many fans still remember Rebecca Herbst’s first scene as Elizabeth Imogene Webber on August 1, 1997, when she appeared on her grandmother Audrey Hardy’s porch smoking a cigarette and annoying her sister, Sarah Webber (Jennifer Skye), who had arrived in Port Charles just a few months prior.

Elizabeth immediately developed a crush on Lucky Spencer (Jonathan Jackson), who had a thing for her sister. Eventually, Lucky and Liz did fall in love and became the tortured teen romance fans just love. That developed into a tortured adult romance that ended years ago, with Lucky not being seen in almost seven years.

While Herbst did air on her anniversary date, that was purely coincidental as the episode that aired on August 1 should have aired a week ago and was pushed back due to pre-emptions. It also does not seem that the show has any plans for a special episode.

Ok, I haven’t had the chance to peek at everything and I was told there’s more to come. But what I know for sure is that I definitely feel loved 🥰 It’s like a party exploded in my dressing room! I’ll jump back on in a bit…what a beautiful day…♥️ #GH #25

GH was kind enough to acknowledge the actress’ anniversary with the show on social media and Herbst’s fans celebrated her with photos and videos all day long and for 25 days in July leading up to August 1. Gifts were also sent to the studio as fans took up a collection for the actress’ favorite charity, The Smile Train, which helps children with cleft palate.

When Herbst signed onto Twitter, she expressed her gratitude for all the love she saw.

“Ok, I haven’t had the chance to peek at everything and I was told there’s more to come. But what I know for sure is that I definitely feel loved It’s like a party exploded in my dressing room! I’ll jump back on in a bit…what a beautiful day… #GH #25.”

She later tweeted that she was crying happy tears and felt so spoiled by the outpouring of love. Hopefully, GH explores Elizabeth’s past more and features the actress more while finally telling the story it’s been trying to tell in stops and starts since Christmas. At least on the episode airing on August 1, that story seemed to have some forward motion. Stay tuned to General Hospital to see how it all plays out.

Why Did General Hospital Leave Elizabeth Out Of Trina’s Trial?