General Hospital spoilers tease that a new guy in town will hit Sonny Corinthos (Maurice Benard) up for a job, possibly as Sonny’s new enforcer in an upcoming episode of GH!

Viewers have to admit Sonny is a bit shorthanded these days, and he’s starting to get back to his godfather Sonny persona. Of the Five Families, there are two left and not much in them; Selina Wu (Lydia Look) has a very hesitant nephew in Brad Cooper (Parry Shen). Sonny has Brando Corbin (Johnny Wactor) but he really doesn’t want to be a mob enforcer, even though he recently proved he has the skills!

Brick (Stephen A. Smith) recently paid Sonny a visit a few weeks ago and told him he would be looking for a “facilitator” – meaning enforcer. Dex (Evan Hofer) seems a little young to take Jason Morgan’s (Steve Burton) place, but Jason was only in his twenties when he started with Sonny. 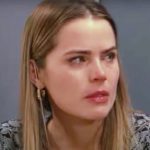 General Hospital Spoilers: Sasha Continues To Distance Herself From Sonny!

GH Spoilers – Dex Hits Sonny Corinthos Up For A Job

Dex will hit Sonny up for a job in an upcoming episode of GH, and he may or may not be coming because Brick sent him. It seems like Brick would send someone with a little more experience and maybe a little older than Dex seems to be – early to mid-twenties.

Looks can be deceiving though, and Dex may be a little older than he looks and he also may be older than the actor’s age is stated to be; twenty-four. Again, Jason was in his early twenties when he started working for Sonny, depending on which version of his age you use – it’s been revised several times. Brando was in the military and did some jail time as well so he’s probably late twenties to early thirties himself.

Dex is desperate for work, so he’s not necessarily looking to get into the mob business either, if he wasn’t referred by Brick. There are a few places Sonny could put him to work besides in that “business” – he could refer him to Phyllis Caulfield (Joyce Guy) to work for Charlie’s Pub. Sonny could hire him for Volonino’s Gym or Pozzulos, or give him a job in the coffee warehouse – they do import real coffee, not just guns! 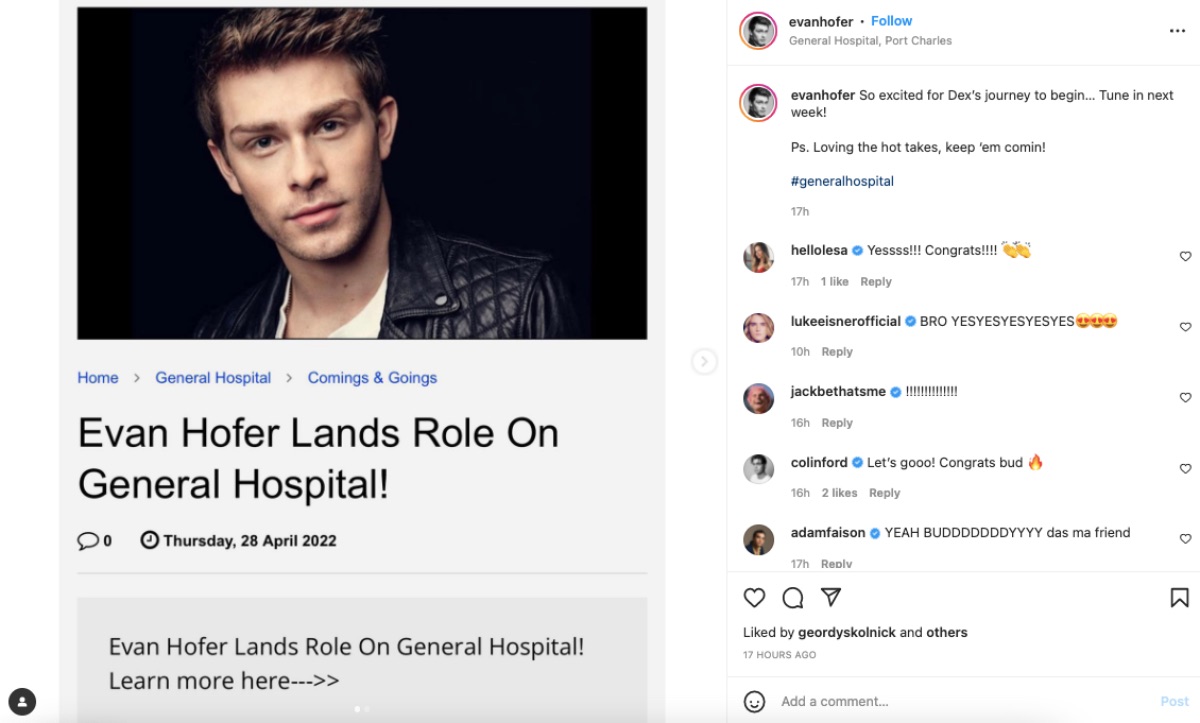 Sonny has places he could refer Dex to as well for a job, but it looks like he’s going to help him out. Not much has been publicized yet about Dex’s back story, but we do know a little about his portrayer, Evan Hofer!

As previously mentioned Evan is twenty-four years old but already has an impressive acting resume. On GH, he’s the right age to intermingle with the older teen scene, although he is a little older than they are. Evan has played in “Kickin’ It”, “Modern Family”, “The Thundermans”, “Dwight in Shining Armor” and more, with his first role listed in 2010 according to IMDB. That means he started acting professionally at the age of twelve, although he could have started in commercials as many children have.