General Hospital (GH) spoilers and updates tease that things aren’t looking good for Valentin Cassadine (James Patrick Stuart). After being taken captive by Victor Cassadine (Charles Shaughnessy) and Peter August (Wes Ramsey), Valentin was on his way to freedom with Drew Cain (Cameron Mathison) when Peter shot both Valentin and Drew. Drew made it to Anna Devane (Finola Hughes) but his injuries from the gunshot were quite serious. He was airlifted and rushed into surgery.

Although he was rushed to the hospital, Valentin lost a lot of blood. He didn’t believe that he would make it, and asked Anna Devane (Finola Hughes) to tell his children what happened if he didn’t make it. But Anna isn’t ready to give up just yet and after interrogating a captured Victor, Anna’s next stop will likely be the hospital. Valentin has made no secret of his attraction to the WSB agent, but Anna hasn’t admitted her own feelings. 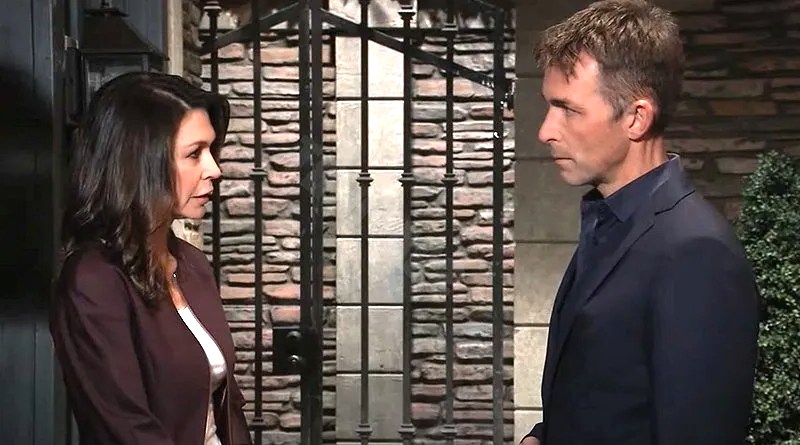 Anna was recently involved with Dr. Finn Hamilton (Michael Easton) but her life as a WSB agent was too much for him, especially given that for a long time, Anna believed that Peter was her son. He’s actually her nephew but Anna has been reluctant to kill Peter, prompting Valentin to step up. He has told Anna on numerous occasions that he will be the one to kill Peter. And as their search has heated up, Anna and Valentin have grown closer and even kissed on the 4th of July.

Anna hasn’t been facing her true feelings for Valentin. But seeing as he might die, look for Anna to take a good, hard look at herself. She will likely admit that she has fallen in love with Valentin. And that might be just what Valentin needs to hear in order to survive. Will the two of them return to Port Charles as a couple?

Will Valentin survive his injuries? Will Anna declare her love for Valentin? Can these two make a relationship work? Anything can happen in Port Charles so stay tuned to General Hospital airing weekdays on ABC. And don’t forget to check back right here regularly for all your General Hospital news, information, and spoilers!