General Hospital (GH) spoilers and updates tease that Ned and Olivia Quartermaine’s (Wally Kurth, Lisa LoCicero) vow renewal is coming up on General Hospital in upcoming episodes and love will be in the air but also some chaos, as some unexpected guests burst into the Quartermaine mansion!

General Hospital viewers will recall that Ned and Olivia had been on the outs for well over a year, beginning with Brook Lynn Quartermaine’s (Amanda Setton) interference when Olivia was overseas helping Robert Scorpio (Tristan Rogers) look for Holly Sutton (Emma Samms). Ned sees his and Olivia’s vow renewal ceremony as an ending to an extended estrangement, and a new beginning for their relationship as husband and wife, as they have finally worked through all their differences. Longtime General Hospital viewers will remember that Ned once lived a double life, as Ned Ashton – now Ned Quartermaine the businessman and Eddie Maine, the rock star, and that sense of the theatrics has never left him! So Ned wants to show everyone in a demonstrative way that he and his wife are embarking on both a new beginning in their marriage and ending a much too long estrangement. Ned really likes the old-fashioned ideas of love and commitment and marriage and weddings!

General Hospital viewers will see family and friends gather at the Quartermaine mansion, including Dante Falconeri, (Dominic Zamprogna) Michael Corinthos, (Chad Duell) Willow Tait, (Katelyn MacMullen) Monica Quartermaine, (Leslie Charleson) Tracy Quartermaine, (Jane Elliot) and Brook Lynn for family. Friends who attend will include Maxie Jones, (Kirsten Storms) and Sonny and Carly Corinthos (Maurice Benard, Laura Wright) and Ned finds himself giving some marital advice to Sonny, which is an unusual move for Ned! Before the ceremony, Sonny talks to Ned about his grand gesture of a plan to try and get Carly back, and Ned offers his two cents of advice from his experiences with Olivia. Ned discourages Sonny from making an ostentatious display of his love and advises him just to show how much he loves her through doing what Carly wants, even though she wants time and space. General Hospital viewers know that Carly wanting time and space from Sonny is difficult for him. 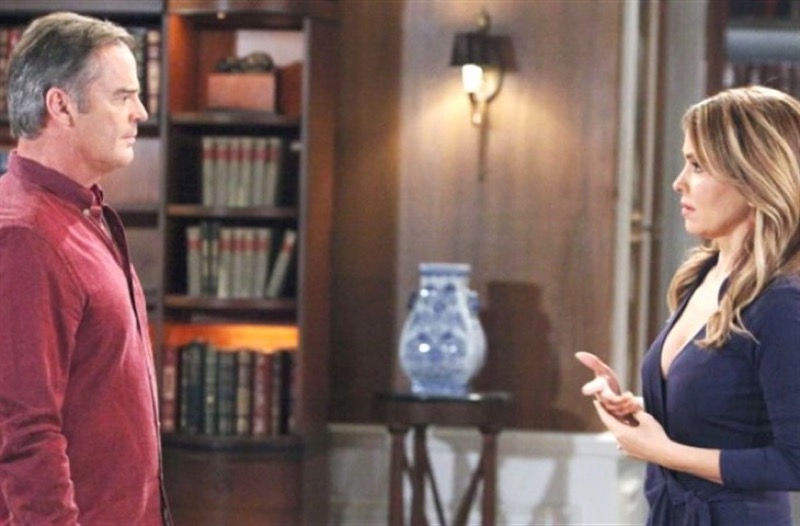 Ned Quartermaine Tells His Mother Goodbye, Then Unexpected And Unwelcome Guests Show Up

General Hospital viewers will see Ned and his mother Tracy say goodbye after the ceremony, as she is returning to Amsterdam, after her own personal loss of her soulmate Luke Spencer (Anthony Geary). General Hospital viewers will see Tracy tell Ned that she is happy for him regarding his reconciliation with Olivia, while he’ll tell Tracy he is sad over her losing Luke. 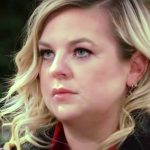 Each mother and son goodbye is usually a bittersweet one since they never know for sure when they’ll see each other again, and that will turn out to be even more true this time! Unexpected and uninvited guests barge into the Quartermaine mansion with a singular goal in mind; they’re looking for Tracy, and in particular, the Ice Princess which they believe she has! Tracy may find Luke’s legacy coming back to bite Tracy in the behind!