General Hospital’s Tanisha Harper has hit Port Charles with a bang and now Jordan Ashford is home after almost dying from gas poisoning. Tanisha says when the audition opened last fall she jumped at the chance to play Jordan. Tanisha said she started in comedy but always wanted to do drama. Tanisha felt this role was for her and she was thrilled to get it.

General Hospital’s Tanisha said she submitted the audition tape and was later called in for a screen test. Harper admits that it was very exciting, especially with the anticipation of having to wait until after the holidays to go in. It was about three weeks before she was able to do the screen test. Harper says everyone was great when she got to the set. Harper worked with her coach, Holly Gagnier who plays Jennifer Smith from time to time. Harper is excited that she has the job and cannot wait to see where this goes. Harper admits that this does not feel real. 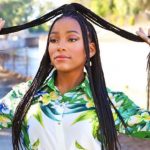 General Hospital – The Role Was A Surprise

General Hospital’s Harper says they changed the name of the character when she auditioned so she had no idea that she was playing a recast character. Tanisha says she thought she was auditioning for someone named Michelle who was the district attorney. Tanisha had no idea that she would be playing Jordan Ashford, the police commissioner. Harper says that Frank Valentini, executive producer, set her at ease when she learned that two over actresses had played the role. Frank told Harper to do what she felt was right for the role. Everyone plays a character in their own way and that is fine. Frank didn’t want someone to pretend to be the same as another actress, but for Tanisha to make the role her own. 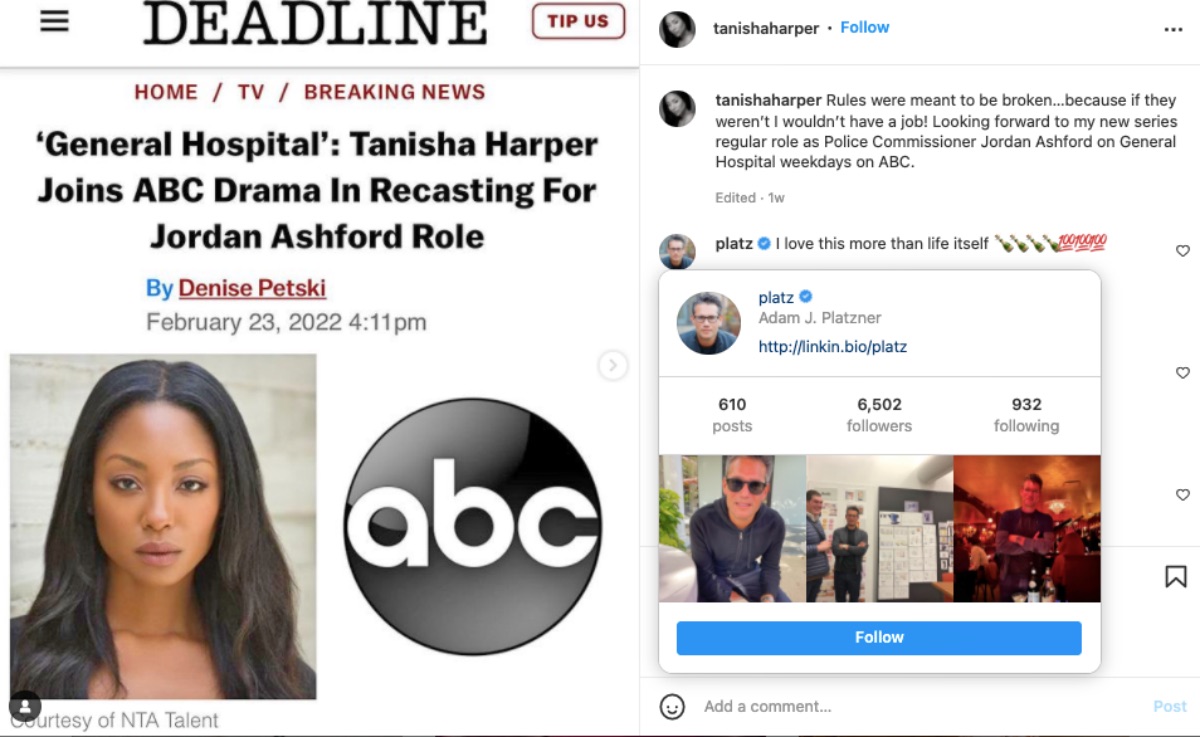 General Hospital’s Jordan has been associated with almost every single character on set in some form. Jordan has also been involved with a few of them as well. Tanisha admits that everyone was eager to bring her up to speed on Jordan’s relationship with other characters. Jordan is married to Curtis Ashford (Donnell Turner). Jordan has a son. Jordan sometimes works with the mob boss. Jordan is friends with Anna Devane (Finola Hughes) who works for the WSB. Jordan has many relationships that Tanisha had to be brought up to speed on.

Tanisha has hit the ground running, taking over for her acting commissioner who was in the hospital after being shot. Now Jordan is home and has to deal with an impending divorce and Victor Cassadine (Charles Shaughnessy). Can Jordan take Victor down now that Peter August (Wes Ramsey) is history?