General Hospital (GH) spoilers and rumors tease that Britt Westbourne (Kelly Thiebaud) will be caught off guard when she sees Esme Prince (Avery Kristen Pohl) where she doesn’t belong in an upcoming episode of General Hospital!

General Hospital viewers would not be one bit surprised if the at-home pregnancy test that fell out of her bag in a recent episode of General Hospital would not be good enough for Spencer Cassadine (Nicholas Chavez). Even though Esme has broken up with Spencer, he is very interested in knowing if she is really pregnant or not – especially given that she refused to take the test in the Collins house while Spencer was there! Spencer talked to Cameron Webber (William Lipton) who had come by and interrupted Spencer and Esme’s argument, and later he talked to his great-great-uncle Victor Cassadine (Charles Shaughnessy) about his dilemma. Spencer doesn’t want Esme’s test to be positive because he doesn’t want to be tied to her for the rest of his life as a child, but it is important to know whether the test is positive – and not fake!

General Hospital viewers will recall that Esme knows her way around General Hospital pretty well for being a new girl in town – and that is probably because her birth father Ryan Chamberlain (Jon Lindstrom) gave her the lowdown! Early on, Esme was able to recreate Kiki Jerome’s (Hayley Erin) work badge, which she put under Ava Jerome Cassadine’s (Maura West) car when she set it on fire. Plus she was able to forge a prescription for the pain pills she drugged Trina Robinson (Tabyana Ali) with on Kevin Collins’ (Jon Lindstrom) prescription pad no questions asked. So faking a positive pregnancy test from the General Hospital lab is definitely in Esme’s wheelhouse, if she can avoid getting caught – which she usually does! However, Britt was out of town when Esme faked the work badge and her attention was elsewhere in the hospital when Esme faked the prescription! 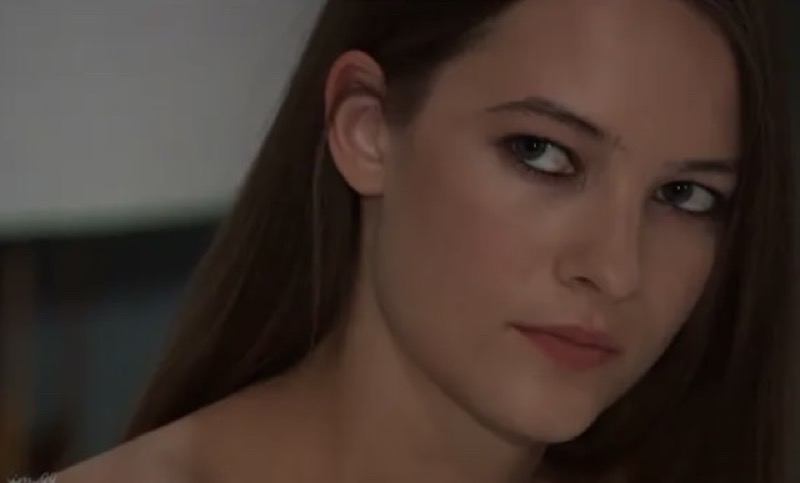 General Hospital viewers will remember when Peter August (Wes Ramsey) was still alive in General Hospital and Britt’s eagle eye caught Victor Cassadine (Charles Shaughnessy) trying to go into Peter’s room; Britt stopped him cold and informed him he had no business there. There had been fears that he would help August escape, and that wasn’t the only time that Britt thwarted attempts by unauthorized people at the hospital in places they shouldn’t be; viewers will remember Britt is also an obstetrician. Even though Britt is now co-Chief of Staff, along with Terry Randolph (Cassandra James) when departments are shorthanded it is part of their jobs to help out. 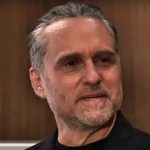 Britt is in the obstetrics department as she sees Esme snooping around in one of the gynecologist’s offices without an appointment – and she demands answers, knowing she’s Spencer’s girlfriend! Esme pulls out her positive pregnancy test and is looking for someone to make sure she’s reading it right – Britt takes a look and verifies it shows she’s pregnant; then smirks as she’s pulled one over on Britt, having swiped the gynecologist’s order for a lab test. And it’s on to the lab to fake another positive pregnancy test!