General Hospital (GH) spoilers and updates tease that a worried Spencer Cassadine (Nicholas Chavez) will open up to his “Uncle Victor” Cassadine (Charles Shaughnessy) about Esme Prince (Avery Kristen Pohl) and her possible pregnancy in an upcoming episode of General Hospital!

General Hospital viewers will recall how panicked Spencer looked when that pregnancy test fell out of Esme’s bag in a recent episode of General Hospital-he couldn’t believe that she was breaking up with him and leaving without telling him that super important information!  Spencer definitely did the right thing by demanding she take that pregnancy test right then and there, but she refused, and gave him the impression she might be headed off to have an abortion! Viewers will recall her crying that she’d never even taken care of a dog, let alone a baby, and headed out the door when Cameron Webber (William Lipton) had overheard part of the argument and Spencer talked to him briefly. In the meanwhile, Esme stood briefly outside the door and snickered to herself before leaving to look for Nikolas Cassadine (Marcus Coloma). Spencer decides to seek out his great-great-uncle Victor to talk to him about his worries over Esme and their possible baby.

General Hospital viewers know for all his duplicity, such as saying he’s family first but sticking the man he says is his own son in a car trunk for days, from which Valentin Cassadine (James Patrick Stuart) is still recovering, Victor does seem to care about Spencer! General Hospital viewers will recall that Victor did what he could to help Spencer get a lighter sentence, although he couldn’t get it completely thrown out; he also got Spencer out so he could put flowers on his mother’s grave and then back into Spring Ridge. When Victor and Spencer meet, Spencer is borderline frantic – and full of mixed emotions, not wanting to be tied to Esme for life through a child, but yet not sure he wants her to abort a child of his either! Victor tells him while a pregnancy, or feigning one, is the oldest trick in the book for a woman to rope a man into marriage – and shared assets – it is puzzling that she breaks up with Spencer and apparently never intended for him to know! Victor wants to know where Esme went, and Spencer doesn’t know – perhaps Victor will have his contacts keep an eye out. 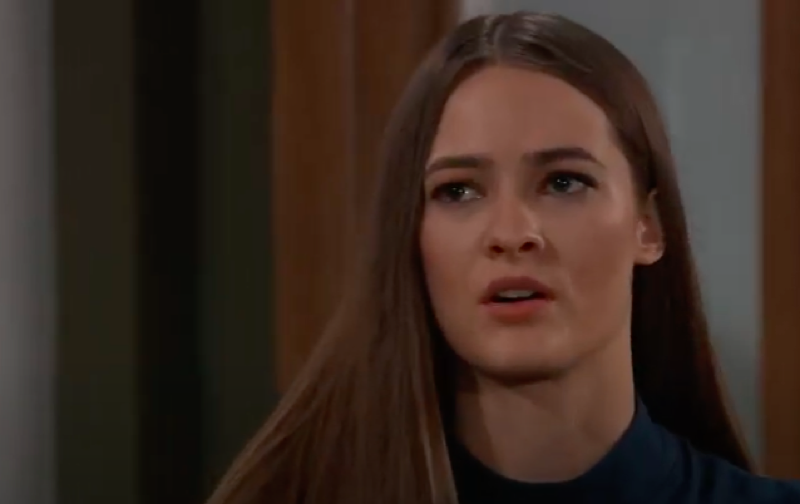 What Exactly Is Esme Prince’s Game?

General Hospital viewers can imagine that Victor suspects that Esme is playing some con game with Spencer – his great-great nephew, and Victor doesn’t like it. Victor doesn’t need the world to know that he has spies all over the place in Port Charles, but he does assure Spencer he’s going to put his people, many ex-WSB agents to find out where she’s gone and what she’s up to if possible. 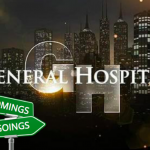 General Hospital viewers can imagine that Esme doesn’t know who and what she’s really dealing with in Victor, just as she didn’t seem to worry about Sonny Corinthos (Maurice Benard) being Spencer’s uncle or his being a mob boss when she manipulated him! It won’t take long to find out where Esme is headed, since Victor frequently sets up meetings with Nikolas and Ava Cassadine (Maura West) and he finds Esme is trying to worm her way into Wyndemere!