General Hospital viewers will recall that before Anna left with Felicia Jones (Kristina Wagner) for French Polynesia, Valentin was not responding to Anna’s messages and she was quite worried about him. He was supposed to have been in rehab, recovering from a bad infection he had picked up from being tossed out close to dumpsters and piles of trash after Victor Cassadine (Charles Shaughnessy) had kidnapped him before Peter August (Wes Ramsey) was taken down. General Hospital viewers will also recall that he was actually on some kind of an operation in French Polynesia to do with the Ice Princess, and he posed as a French submarine captain named Francois Olivier. He had been flirting with Jennifer Smith (Holly Gagnier) in a resort cottage and right before Anna and some other WSB agents stormed in, he’d managed to put the Ice Princess – or a fake – in her hotel safe! He barely escaped before Anna and the others arrested Jennifer and took possession of the diamond!

General Hospital viewers can imagine that Valentin figures he will owe Anna an explanation, or possibly several explanations so that’s why he comes bearing gifts! General Hospital viewers will see that Anna doesn’t exactly slam the door in his face, but she’s not exactly thrilled either; they then have a heartfelt conversation about Peter’s death and Anna’s role in it. Viewers will remember that Peter was barely hanging onto life anyway but Anna didn’t call for aid, and Valentin feels terrible that he wasn’t there to help during Peter’s end. So far, Anna hasn’t figured out that the French submarine captain was really Valentin though, and so he doesn’t have to explain what that was all about just yet, for which he is grateful! However, he picks up that Anna knows he’s hiding something about his recent activities, and so it’s just a matter of time before he’ll have to spill the Earl Grey tea! 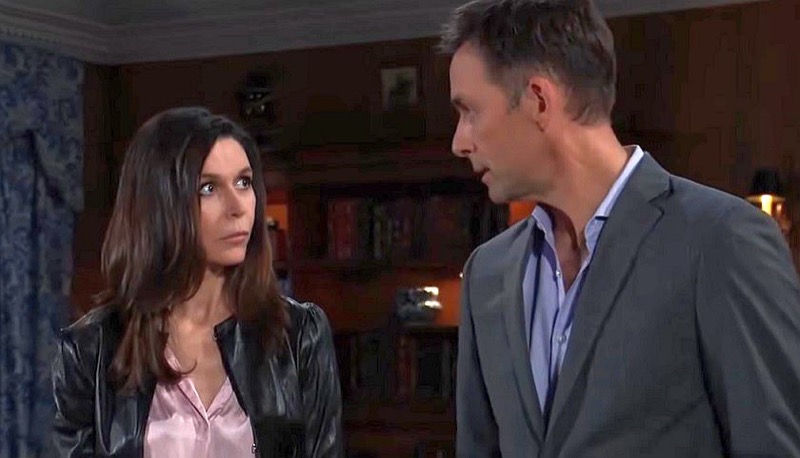 Anna Devane Seems To Have Her Suspicions

General Hospital viewers know that Anna should understand if Valentin had been recruited on a secret mission that he can’t give details, after all, they went to WSB spy school together! It’s possible that Valentin may have been part of the team who was already there who Anna joined in with, but Valentin knows she’s suspicious when she notes he is awfully tanned, after asking him if his recuperation involved a lot of outdoor walks! 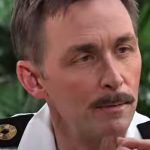 General Hospital viewers won’t see Valentin talk about the Ice Princess caper just yet, but he and Anna do have an unspoken agreement that when it comes to spy business they can’t always tell each other everything. However, in an interview with Soap Opera Digest talking about this storyline, Stuart says fans won’t be disappointed in the warm welcome home the scene will end with!