General Hospital viewers will recall that Nina got bail and made it back to Port Charles pretty quickly after being arrested on identity theft and fraud. General Hospital viewers know that it was Michael Corinthos (Chad Duell) who gave a large campaign contribution to Llantano County District Attorney Richard Sheridan (David Jahn) who is running for Pennsylvania Attorney General. That is what got the ball rolling on having Nina arrested!

This scene, which is the casting script for a “Judge Milford” takes place in a hearing room in a courthouse in Pennsylvania, with Michael, Carly Corinthos, (Laura Wright) Scott Baldwin, (Kin Shriner) Sheridan, Sonny, Willow Tait, (Katelyn MacMullen) and the judge, a bailiff, and a court stenographer. Judge Milford, obviously not yet cast of this writing, asks District Attorney Sheridan if there are any other witnesses. Scott then steps up and asks the judge to have it noted for the record that while the DA questioned the veracity of what his client (Nina) said, he refuses to call Sonny.

General Hospital viewers will see in this scene when it airs that Judge Milford notes the record. Then the judge says that while it is the prosecuting attorney’s right to choose the witnesses who they want to testify, it is also within his discretion to call witnesses who he feels are pertinent. Judge Milford then says that given there are some questions about the nature of the relationship between the accused and her alleged victim, he recalls Sonny to the stand as he locks eyes with him. Sonny is on the witness stand as Judge Milford advises him that should the case go to trial, that the defendant, Nina, may be found guilty of a crime. 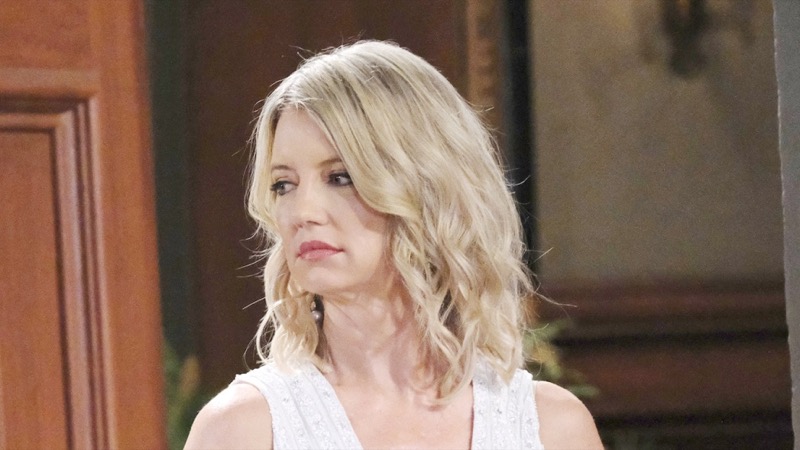 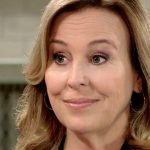 Even though the script ends with Sonny not agreeing to testify against Nina or considering himself the victim of a crime, General Hospital viewers can guess that Judge Milford will have to call for order in the court! Carly won’t like Sonny’s answer at all, and Michael won’t like it too well either! General Hospital viewers will recall from a recent episode that Carly told Sonny that her revenge against Nina would now be between herself and Nina, and she’s leaving him out of it!

Carly is not likely to restrain herself since her hatred for Nina is so deep and Carly is so volatile! Michael may have to restrain his mother, reminding her that her inappropriate actions within the courtroom could get the whole case thrown out – if indeed there is a case. Sonny’s response would seem to indicate that there is no case since there is no victim!